Despite it being the hottest day of the year yet, indie rock band Snail Mail came out swinging Sunday afternoon on the Delta Blue Stage.

Lindsey's vocals were raw and ethereal, a nice contrast with the hard guitar and bass lines of her band. The crowd went wild when the band played one of their biggest hits, "Pristine."

In between songs, Lindsey interacted with the audience, making everyone smile and laugh.

Her and the rest of the band thanked the staff of Boston Calling for being so nice and generous, something few artists do onstage in front of the crowd.

Lindsey happened to look down at her guitar at one point and noticed she was bleeding. She noted that she now had a "horribly tuned guitar covered in blood," which made everyone laugh.

Though it did take the band a little while to tune their instruments after each song, Lindsey did her best to make light of the situation.

She told the story of how she once read a tweet that said, "Seeing Snail Mail was just them tuning." During a new song of Snail Mail's, during which was just Lindsey and her guitar, she even stopped the entire song because she didn't want to play "bunk-ass notes." "You get what you pay for," Lindsey noted at one point.

Toward the end of the show, Lindsey did say that Snail Mail wasn't going to have a new album "for so long."

However, they did play a couple new songs that Lindsey begged people to not post on YouTube.

Despite the occasional instrumental difficulties, Snail Mail delivered a performance that was fun, lighthearted, and ultimately a great way to spend an afternoon chilling in the shade. 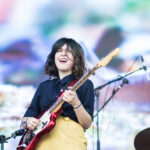 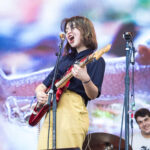 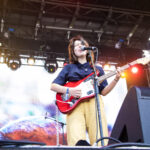 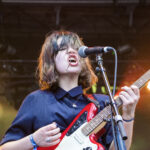 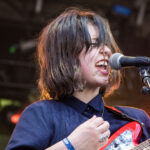 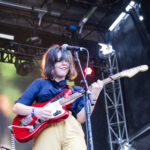 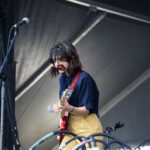 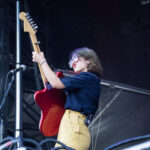 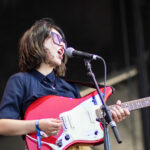 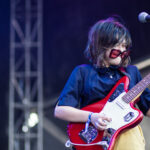 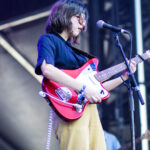