Chadwick Stokes & The Pintos stopped by the WERS Live Mix studio on Friday, October 4th to play some new songs from their upcoming album.

Harmonies filled the studio while the band played one of their new singles, "Joan of Arc."

Chadwick Stokes strummed away on his guitar and sang about Joan of Arc with a soulful voice. The acoustic sound of the banjo combined with the passionate harmonies of the band made for a wonderful sound. The whole time, Stoke's daughter sat attentively in the corner of the studio, watching her father play.

Chadwick Stokes talked about what people should look forward to with the new album coming out.

"Well, just the Pintos in general," he said, drawing a smile from the whole band. He then talked about the recording process and what it was like recording the new album at Zippah Recording studios in Brighton. He addressed finding a new sound on his first album with the Pintos.

The band then jumped into their newest single "Chaska," which starts off with a soft banjo and turns into a rocking chant. This had the entire studio collectively nodding their heads to the song.

Chadwick Stokes is excited about bands sending a message.

"I'm always excited when bands are big politically," he said. "I think that it's time for artists to try and change this world that we're living in right now; try to swing the pendulum the other way."

They treated the WERS audience with a song that has yet to be released.

After singing "Hit the Bell With Your Elbow," a brand new song off the future album, Chadwick Stokes only had one thing to say after his performance: 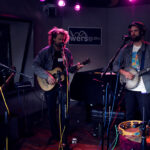 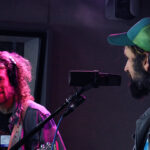 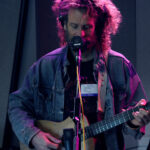 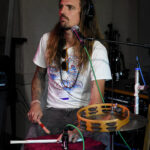 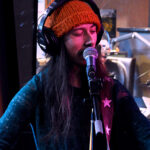 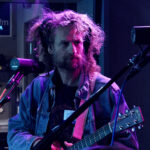