What every single audience member can take away after leaving a live show by New Orleans based band, The Revivalists, is one special memory that reminds one of how powerful live music is. The Revivalists headline tour for their newest album released just last year, Take Good Care, earned the group a sold out show at the Boston House of Blues and an exponential increase in fans since their record charting single "Wish I Knew You" from their previous album Men Amongst Mountains.

The 8 man group consists of a large range of instruments including 2 drum sets, a saxophone, trumpet, pedal steel box, and a multitude of electric and acoustic guitars.

The variation in The Revivalists music does not just stop with instruments, but the group also incorporates a large diversity of genres into their music blending elements of Blues, Folk, Country, Jazz, and Rock into every song. Whether it's through the band's vivacious, high energy, live performance that causes the crowd to constantly be on their feet or through how the band's chemistry amongst each other exudes a sense of genuine talent, The Revivalists deliver one unforgettable live performance.

Kicking the night off with one of their newer tracks, "Oh No," lead singer David Shaw instantaneously makes his energy well known by causing the crowd to vigorously head bop and flail their arms in the air, alongside Shaw's jump kicks and strutting up and down the mini catwalk placed in the middle of the stage. "Oh No" signified the band's emphasis on reviving the sound of old time rock and roll, with an Eric Clapton like guitar solo delivered by Zack Feinberg in conjunction to a soulful incorporation of the trumpet and saxophone played by Michael Girardot and Rob Ingraham.

The Revivalists' lengthy 90 minute set included a well balanced mixture of all three of their albums.

Their second song of the night, "Bulletproof," from their second album, that caused the crowd of all ages from the teens to the elderly to get extremely riled up to the upbeat track.

Songs like "You Said It All" emitted a funky hint of New Orleans blues into the mix, with the tambourine replacing the drums, alongside a wavy pedal steel box solo. All the while, Shaw allowed audience members in front of the catwalk to sing into his microphone as he laid down flat on the stage extending his arm out to fans.

Before "You and I," Shaw delivered a brief speech with the mantra of remembering the words "surrender and perspective" in order to get rid of what is on one's mind and live life in the moment.

Those two simple words seemed to resonate thematically through the entire show, with Shaw's encouragement to dance through the "shit" that life may throw at you. During "You and I," dancing was hardly an issue for the crowd. Everyone was raising their hands up in the air, while Shaw belted out "I just wanna raise my hands/ raise 'em up to the sky/ it's just you and I."

Many crowd favorites were played for the rest of the set including songs like the upbeat country-esque song "Catching Fireflies" that contained an intense electric guitar solo reminiscent of Eric Johnson's  "Cliffs of Dover." There was also an extremely impressive pedal steel solo performed by Andrew Campanelli that caused audience members on the barricade to literally bow down their arms after his solo. In addition to songs like "Get Love" where the audience's voices during the chorus "I got love, love, love, love" were louder than Shaw's own vocals and the honky tonk track "Celebration" in which Shaw fed off the crowd's enthusiasm by encouraging the crowd to participate in a collective sing a long effort by repeating "na na na."

Characterizing the Boston crowd as one of his favorites on tour thus far,

Shaw granted the crowd an encore including the slow and soulful track "Other Side of Paradise" emitting an Arcade Fire like feel alongside Shaw's rich raspy vocals, and a long cover of the Rolling Stones "Miss You" that allowed every band member to have an epic solo with their instrument. Lastly, the track to inevitably wrap up the set was the band's number one song "Wish I Knew You" in which the lyrics were undeniably reciprocated back by the entire crowd as Shaw went down the barricade to shake every fan's hand before the curtains came to a close.

The Revivalists prove how age is not a clear signifier in music.

Seen in the wide age demographic prevalent at the show that proved anyone of any age is capable of shaking their hips and jumping along to a song by The Revivalists. The vibrant energy emitted from the crowd could not have been ignited if it weren't for Shaw's complete 110% energy consistent throughout every song that shows how much Shaw gives his all in his live performance. Overall, The Revivalists may be one of the most passionate and genuine bands out there that definitely have the potential to revive an appreciation for the founding fathers of old school music being the blues, jazz, and rock and roll. 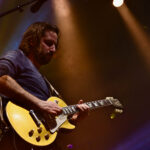 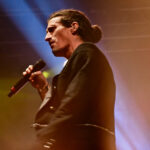 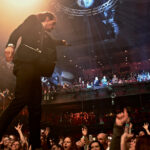 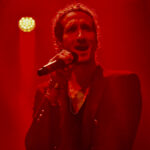 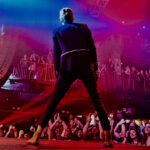 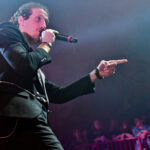 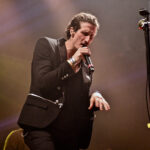 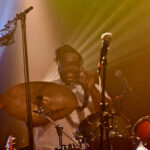 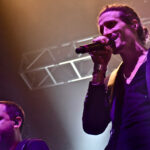 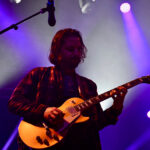 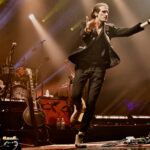 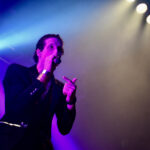 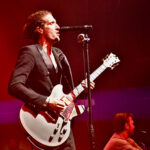 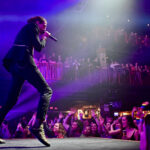 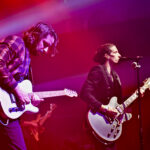 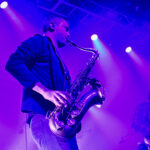 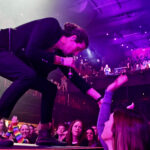 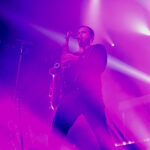