Beach House was back in Boston Friday night with a sold-out show at Roadrunner. Eager fans lined up outside the venue, bearing the summer heat, ready to experience the beautiful moments about to be shared.

Working solo, Mary shared her collections of songs from her harp and loop pedal. Behind her played projector film of moving cars, rays of light, and scenic shots.

The artist shared her backstory with the song “Wawa by the Ocean.” The song, she explained, captures her relationship with Wawa, a chain of gas stations in some states along the East coast, which she frequented while living in Pittsburg. After she wrote the song, Wawa found out and sent a care package to her new home in L.A.

“A day I Saw A Dead Whale” and “For Scott Kelly, Returned to Earth” also had real life situations that inspired them. The latter came after astronaut Scott Kelly showed Mary photos of him in space. She thought of how he would feel coming back to earth and doing something mundane like grocery shopping, and put these curiosities into lyrics.

Mary Lattimore’s ethereal music played over a quiet crowd, the perfect lead up to Beach House.

Opening the show with their title track off their new album Once Twice Melody, Beach House picked the best intro to the concert.

The group — composed of Victoria Legrand and Alex Scally — was joined by a drummer for the show, which proved a success attempt to liven up their set.

CROWD FAVORITES & THE REST OF THE DREAMY SET LIST

In addition to songs from the new record, the dream-pop duo played several crowd favorites over the course of the night — from “PPP” to “Silver Soul” to “Space Song,” just to name a few.

“Space Song” off of their album Depression Cherry, began a new life this year. A new rise in popularity came after it started trending on Tik Tok. The over 5-year-old song reached new heights, amassing over 400 million streams on Spotify.

“Silver Soul” off of their Teen Dream album is a notable song from the band. The song is over 10 years old, and comes from an album that allowed Beach House to grow at the time of its release.

They ended with “Over and Over,” a track from their latest album.

The band remained quiet during the duration of their set; few things were said from the singer Alex. He sometimes would ask the crowd how they were doing, but most of the time both members were focused on playing.

At one point, the musician’s live images were projected onto the screen behind them, giving the audience an up-close view of the band members.

From playing with lighting to match the music, to projecting atmospheric imagery behind them, Beach House did a good job of matching their “space-floating” music in real life, and it was clear the crowd appreciated their efforts. 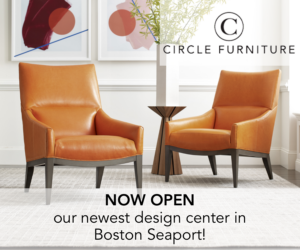