Three at Home Stops by WERS 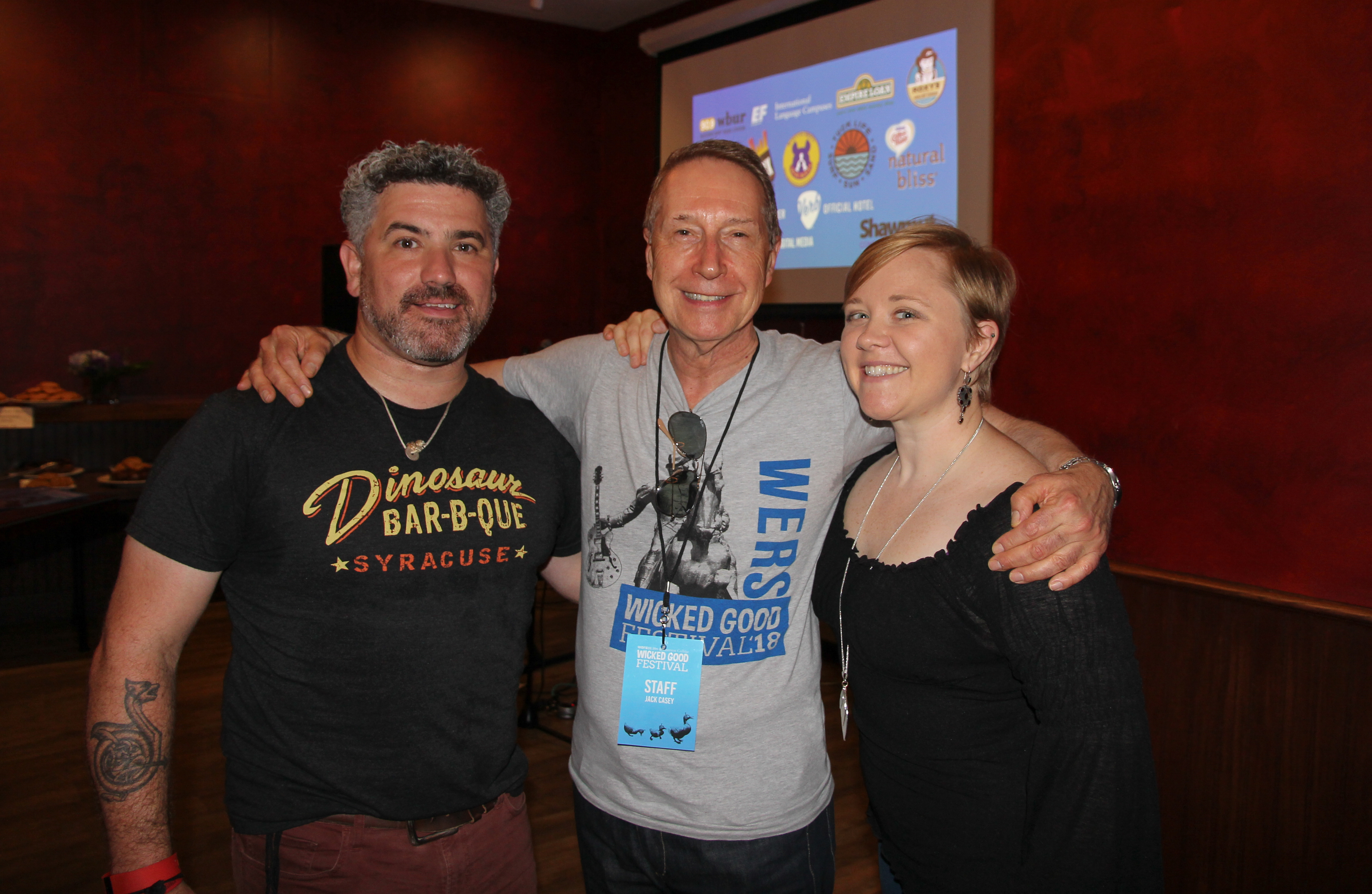 Mary Casiello and Dann Russo stepped aside from their solo careers to join together in Three At Home. They came to WERS to play a live set for Wicked Local Wednesday filled with soul, sunshine, and beauty. WERS' Sonali sat down with them to chat.

Sonali: Why Three At Home? What is the significance of the name?

Mary Casiello: We each have a spouse and two kids, so when we go to play shows we each have three at home.

Dann Russo: We usually like to, from the stage say "We're married! Just not to each other." It's a good bit.

Do people assume that you two are married?

DR: Yes, all the time. We are, not just to each other.

What do your significant others think about your music?

MC: It really wouldn't work if they weren't.

What about your kids? What do they think?

MC: My daughter thinks we need more electric guitars in our songs.

DR: My daughter found out that we were gonna be on WERS and said, "So when you get famous can we get a puppy?"

How have your children influenced your music?

DR: The other day, I was like, "ah, I don't know if I like this solo part," and then my daughter was walking around singing it, and I was like, "okay, I like it."

Have you inspired them to possibly want to do music?

DR: Yeah, and my daughter is now obsessed with Snow Patrol.

What is your songwriting process?

DR: It's ridiculous. We actually live an hour plus away from each other. So what happens is, one of us gets an idea, and either voice memos it or texts it to the other one. We go back and forth for a little while. One day a month we sit at my piano and for nine hours.

MC: And we hash out three songs, try to piece them out, and we send stuff back and forth "What about this? Oh well change it to that" and back and forth. Technology is my friend.

DR: It is! And it's also really cool that Mary's such a good writer and we have all these really good songs to kind of like "Oh! We really need to fill in a spot in the set. How about that song that I love that you wrote?"

MC: But we do that with yours too!

So you have a new album that's coming out soon. What can you tell me about that?

MC: So, we are going to be putting out the single in early 2019, and hopefully that will encourage people to help us fund the rest of it.

DR: Right, so we're thinking maybe next September-ish probably for a full length. It will be our first full length. This EP only has three songs on it, so we're looking for maybe six or seven.

MC: And you know, recording is wonderful, but expensive to do it right.

DR: And long and arduous.

MC: Yes, we said we would try to buckle down for one single and see if folks will want to rally behind the rest of it.

What do you hope that your listeners get from your album?

MC: I hope they have a lot of fun. We like to make a lot of noise. We like to bring a really energetic live show certainly. Some of our songs are just fun but, I think even songs like "What Are You Afraid Of" are touching on the importance of vulnerability and taking risks. So yeah, we think we try to have something poignant about our writing. We do take our time with our lyrics.

DR: And then I feel like we're kind of reflective but not in a super solipsistic type of way. More of like a, hey we've had this experience maybe they also have had. All of the songs I really, really like are ones that I'm like "Oh my god I could've written that!" or "I'd like to have written that." I think that our songs hopefully one day will be songs people are like, "Oh I wish I wrote that!" That would be really cool.

MC: That would be amazing.

DR: Not because the songs are great, but because they connect and are able to say "Oh that's universal that's really deep."

MC: I think the other thing that has been neat about writing together is our individual styles were fairly far apart in a lot of ways. So, I feel like we've been writing like each other more.

MC: That's been happening a lot more. You could come up with a song that I was like, "That sounds like something I wrote!" I had the same thing happen.

Thank you so much for coming to WERS! You two were absolutely phenomenal.

Three Female Led Bands to Add to Your Playlist