Halfway through Air Traffic Controller's Sunday night performance at The Sinclair, vocalist Dave Munro took a break from playing music and stepped up to the microphone.

"I actually had free tickets to U2 tonight,"

he said, "but I decided to come to my own show instead." To the intimate crowd that stood before him, that was most certainly the right decision. And in Munro's own words later on, the show was the best one on Air Traffic Controller's entire 2017 tour - a can't-miss performance not only for Munro and the band, but also the ATC faithful.

As soon as the venue doors opened at 7, fans gathered to celebrate the release of ATC's brand-new EP, "Echo Papa." They began the night by enjoying a stellar performance from warm-up act Fast Romantics, dressed sharply as they plowed through their repertoire of Springsteen-esque numbers. They were followed by another energetic and rousing set from Jared and the Mill, complete with a brief instrumental cover of Metallica's "For Whom the Bell Tolls." In between sets, 88.9's Phil Jones provided a curated playlist of music.

Backstage as the action unfolded, more 88.9 personalities, Alex Waters and Erin Jean Hussey, talked with ATC about their new release. The most obvious question - the meaning behind the EP's title "Echo Papa" - had the simplest answer, amusingly. Munro explained, using the phonetic alphabet: "Echo is E, Papa is P, and I just said it for fun one day when we were just throwing titles around. And I was like, 'We don't really want to call it an EP, let's call it 'Echo Papa,' that would be funny.' And everybody's like, 'That's cool!'"

They also talked about songwriting as a more cohesive unit. Bassist and vocalist Casey Sullivan described that process: "All the songs were written in a way more collaborative way… that's why it might feel like they gel more with 'Echo Papa.'" Up on stage, that unity presented itself in the form of a well-rehearsed and tight 90 minutes of music.

The band played all seven tracks from "Echo Papa," and despite how new those songs were, many audience members could be seen and heard singing along. Of course, there was plenty of singing along and clapping during familiar songs like "People Watching" and "The House." And by the end of the 19-song set, the entire Sinclair joined Munro and Sullivan in their finale song, "Are You With Me?"

With ATC's on-stage charisma and impressive catalogue of earworms,

it's no wonder that they never fail to deliver great shows. What stands out about Sunday night's performance, however, is their ability to add brand-new material - most of it released a matter of days ago - and still keep an entire venue excited and interested in the material being played. If the reception given to "Echo Papa" by the crowd at the Sinclair translates to the Boston indie scene, it would not be a stretch to consider Air Traffic Controller "the Next Big Thing" in alternative music.

Like most ATC records, "Echo Papa" features a few essential songs, most notably the leadoff and final tracks on the EP. Respectively, "After Party" and "It's You" provide plenty of melodic and lyrical enjoyment in bite-sized packages. Halfway through the record, "Book Smart" features the most memorable hook of all, as Sullivan appeals to the listener: "Don't be so book smart, get a read on my heart."

Be sure to listen for some of these songs on the WERS playlist in the coming weeks - there's plenty of music discovery to be had from Boston's own Air Traffic Controller!

WERS Interview with Jared and The Mill HERE. 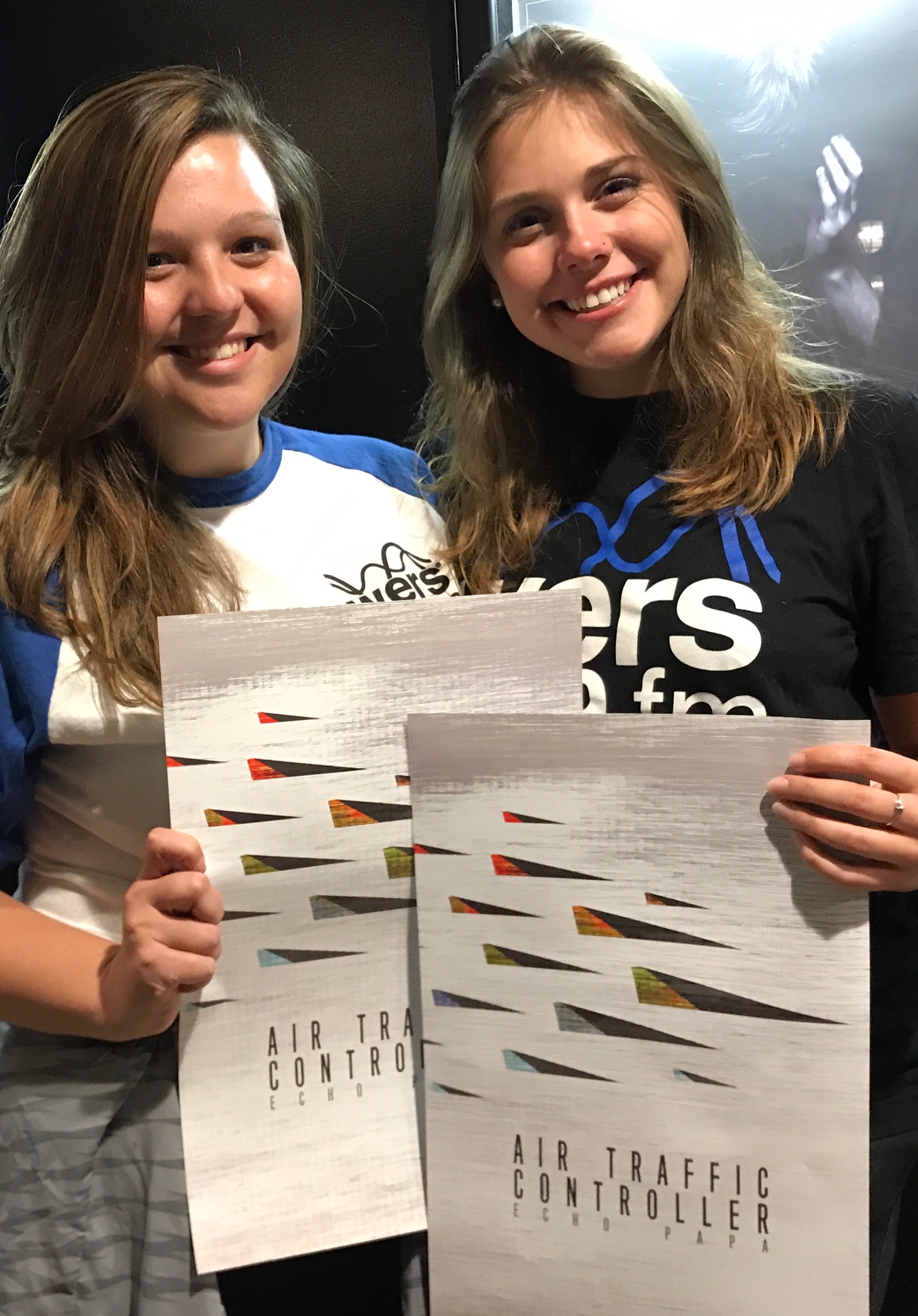