Lewis Del Mar Sold Out at The Sinclair 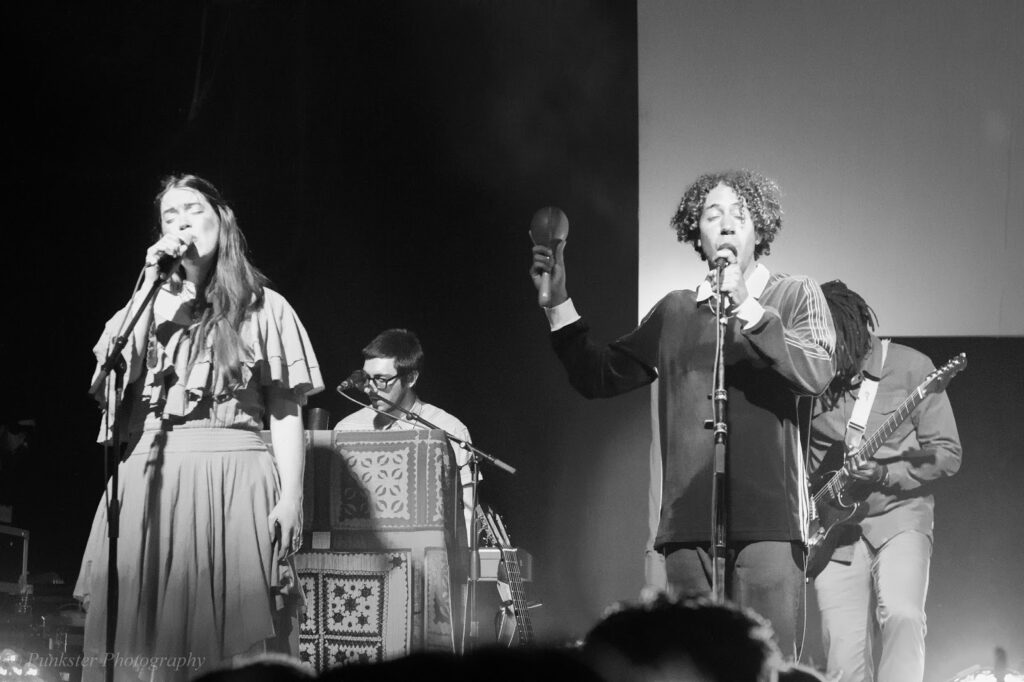 Lewis Del Mar, a New York based experimental pop duo from New York city filled the Sinclair on Thursday night-the second stop on their first ever national tour. The group’s members, Max Harwood and Danny Miller met as children and have been playing music together since they were little. But Lewis Del Mar is a relatively new project that started in 2015 with their single, “Loud(y).” The hit blew up, much to their surprise, and found its way to the number-one spot on a popular music blog, Hype Machine. Following their breakthrough success, Harwood and Miller released a four song EP in January of 2016, and soon after were signed by Columbia Records. Under their new label, Lewis Del Mar released their first self-titled album on October 7th 2016.

Opening for Lewis Del Mar, was Grammy-award winning solo vocalist, Anna Wise. She appeared in a loud red dress and looped her own angelic voice over itself in layers. Her voice folded and blended as she mixed it live over percussion samples. She sang about misogyny, identity, love, and the female experience, making sure to personalize her show by stepping into the crowd and sharing anecdotes. 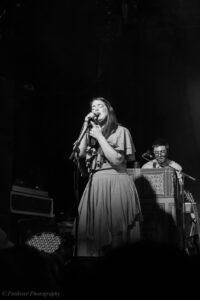 Lewis Del Mar came on stage around 10:30 accompanied by a keyboardist, a bassist, and a backup guitarist. Lead singer and guitarist, Danny Miller assured the night’s attendees that he and Harwood had never played for a bigger crowd. But their lack of performance experience was not apparent. Harwood’s unique drum patterns and Miller’s high energy singing kept the concert-goers engaged and hands in the air.

Because their oeuvre is still so small, a devoted audience sang along to almost every song. And their performance, like Wise’s, was intentionally personal. At one point Miller took about ten minutes to talk about his own mixed race, immigration issues in the US, and an ideology of tolerance. He told stories between songs and explained “who the f–k is Lewis Del Mar?” The story is that both Miller and Harwood’s grandfathers were immigrants named Lewis. And of course, “Del Mar” simply means “of the sea.”

Their final song was their 2015 single, “Loud(y)” which features a hook that seems to have snagged somewhere deep in my brain. It starts with a robotic Radiohead-esque heavy drum pattern and then the memorable verse-opener is delivered with assertive indifference: “Can you please sit the f–k down?”

This track was what blew Lewis Del Mar up in 2015, and it was the perfect way to end their Boston show and begin their first national tour.

Basia Bulat Takes a Touch of Flair to the Sinclair