Nathaniel Rateliff and the Night Sweats sat down with WERS' Geoff Morrissey at Boston Calling this summer to talk about gym routines, cocktails, and finding their sound. 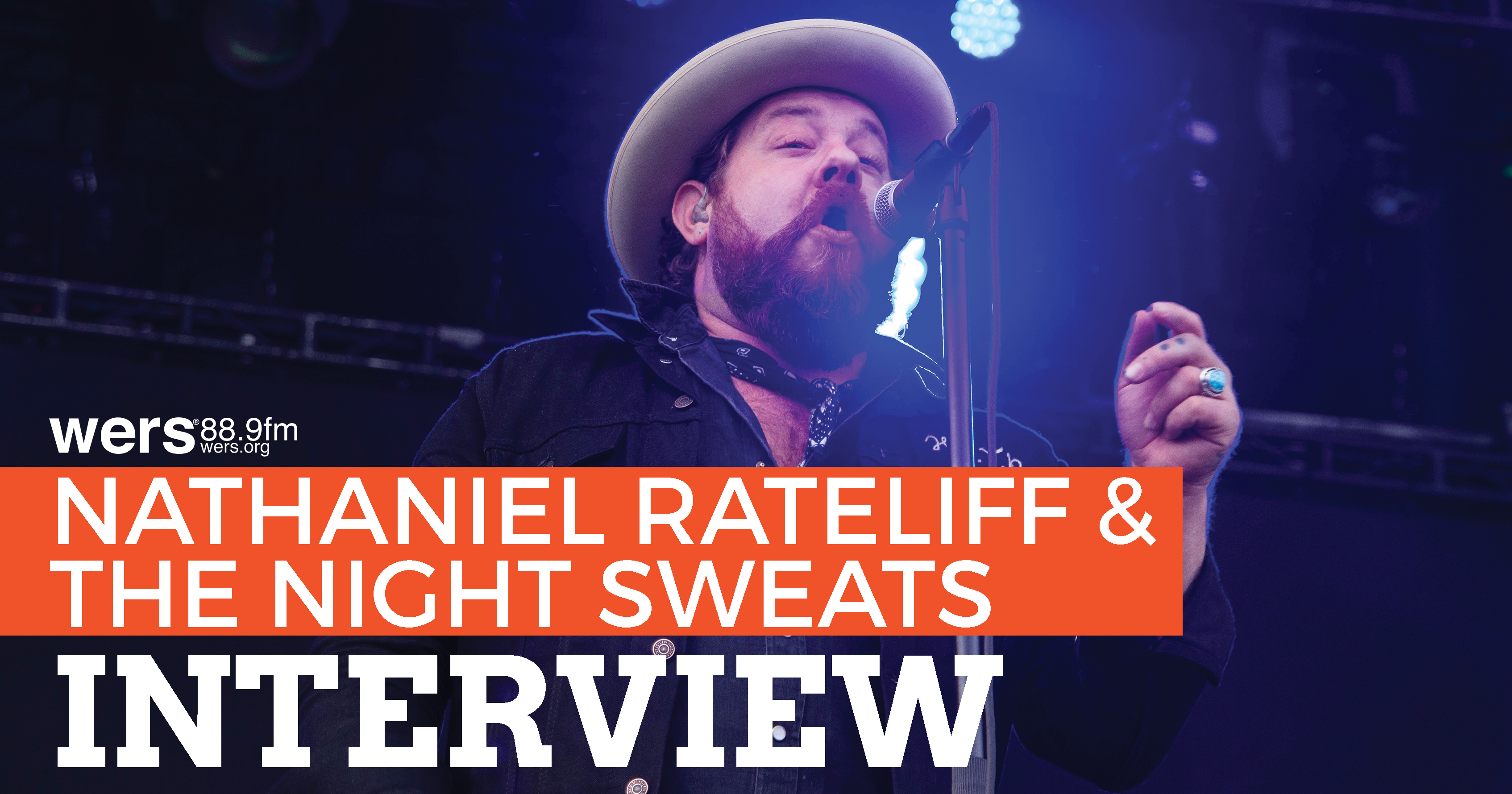 Listen to the full interview:

Geoff Morrissey: Welcome to Boston! Thank you so much for joining me today. Who are you guys looking forward to seeing here at Boston?

Nathaniel Rateliff: We only got to see Kevin Morby's solo set which was fantastic!

Joseph Pope III: It was in a hockey arena and there were only 20 people there - it was amazing.

GM: Nice! Well, I cannot wait to see you guys today, it will be my first time seeing you live. Can you remember either the first festival you played or attended?

JP: They all kinda run together. There's a brewery in Denver called New Belgium and we went to Boise to play a festival with them

GM: Wonderful! One of the things you guys are known for is your live set, so I have to ask, Nathaniel where did you get your energy and how did you learn to dance?

NR: My mom taught me some dance when I was a kid. I always liked to dance. But yeah, mainly its a Red Bull before you go out there…maybe a shot of espresso...

GM: Caffeine is a really great teacher, isn't it?

JP: Caffeine is a hell of a drug.

GM: You guys had such a rise to fame with this self-titled record, how do you guys stay grounded now with your fame?

NR: We just keep working. I don't know how grounded we are.

JP: We tried to exercise together every day. That helps!

NR: You wouldn't notice by our figures.

GM: I can relate to the struggle! What's your routine at the gym?

JP: We also do what we call Jump Around exercises where you don't really need any apparatus. During load in we'll be on the floor and have our front of house guy play "Eye Of The Tiger" and it's just four out of shape dudes jumping around in the venue during the middle of the day. It's quite a sight!

GM: You guys have been together for a while-how'd you find your sound?

NR: It was kind of a fluke. It was something I wanted to for a long time and I finally found a way to write song that way!

GM: What advice would you have for people trying to find their own sound?

NR: Just keep playing and be honest with yourself.

GM: What is your go to cocktail?

NR: This is Jack Daniels and Soda water - that's my go-to. We were in a bit of a tequila phase for a while, but I've had enough of that for a few months at this point.

GM: You guys have been touring this record for about 2 years now, correct?

NR: Yeah, we did over 260 days on the road. We were working while the work was there to be had. We've been working with Richard Swift.

My perception of the album is still the same. I still really like the songs, I'm really proud of it and how it sounds. I'm just always surprised that it does as well as it has!

GM: Who do you think would do a really good job covering it?

GM: Rascal Flatts would be cool! But I'd give you guys the edge over Kid Rock any day. Do you guys have a song that you wish that you wrote?

NR: There are a lot of songs out there that I wish I wrote! We cover a handful of songs by The Band ya know, that kind of thing.

GM: Who are you listening to right now?

NR: I still don't know how Spotify works so I keep buying records!

GM: Well keep buying Records and if you know how to work Spotify, listen to Nathaniel Rateliff and The Night Sweats. Nathaniel, Joseph, thank you so much for joining me today!

*Interview has been edited for clarity

Check out the review from their performance at Boston Calling HERE.

Cage the Elephant Interview with WERS