Paradise Rock Club was filled with patrons of all ages on Wednesday night, and the crowd was nothing short of ecstatic by the time Gin Blossoms arrived onstage. The 90's era rock band bombarded the room with energy and humor after an equally entertaining opener - and warmed up the room. Before long, the house was jumping around, screaming, and yelling out lyrics along with the band. One little girl even tapped a tambourine along with lead singer Robin Wilson.

People of all ages came out for the show.

The line outside Paradise Rock Club stretched all the way down the street before the doors even opened. Lined up were parents, grandparents, teenagers, and even a little girl who didn't look older than 12 years old. Even in the snow, fans couldn't wait to get inside - and for good reason. Gin Blossoms brought the 90's back to Paradise as soon as they stepped foot on stage. They started with their high energy "Here Again," which only paved the way for the rest of their head-banging, lively set list. It felt like the room was transported back in time -- we weren't watching a group of 50 year-olds dance around on stage, we were watching a group of friends having the time of their lives.

Soon into their performance, Wilson brought out his tambourine, which sparked excitement from the already buzzing crowd. A little girl at the front of the crowd excitedly tapped along on her own instrument, prompting Wilson to lean over the stage and tap in sync with her. Wilson interacted with the crowd the entire show. This, I'm sure, is part of the reason everyone was having such a good time. The band knew what the crowd wanted, and gave them exactly that: energy, fun, and a lot of electric guitar.

The entire show could be characterized in the energy surrounding their most famous song, "Hey Jealousy."

Wilson held the mic to the crowd, prompting them to scream the lyrics and bob their heads with enthusiasm. He ran around the stage, the rest of the band mimicking his energy in their spots. It was deafening in the room - but in a way that could only be described as invigorating.

Overall, Gin Blossoms brought the house down, proving once again that there is no age limit to musical success. 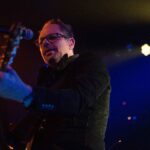 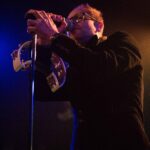 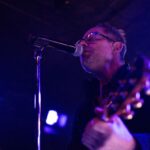 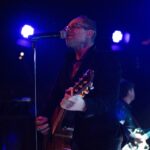 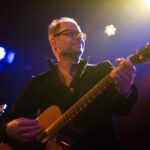 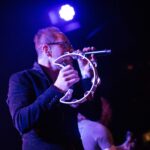 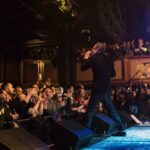 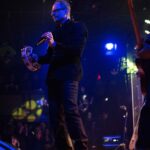