Not all bands can have a cult following, but when your band does, you rock with it.

Lucero is a country-punk rock band that hails from Memphis, Tennessee. They have a sound that is distinctly 'Memphisian.' They've been rockin' since 1998, and are now touring around the States playing tunes off of their latest album, Among the Ghost.

Waiting in line to get into Lucero's show at the Paradise, I chatted with Kim from Quincy. Kim gushed about Lucero, saying that her and her boyfriend listen to them every day. Lucero is her boyfriend's favorite band, so she claims to be a Lucero expert. Considering I'm not a 'Lucero expert,' I was excited to hear and see the band's music outside of the domain of my headphones.

The band started off with their latest album's title track "Among the Ghosts," and fans throughout the Paradise started to whoop and cheer.

People chanted the song's chorus and Lucero off of the contagious energy. They played a good mix of tunes off of their older records, and some from their new ones. This made for and eclectic mix of tracks that seemed to satisfy old and new Lucero-lovers.

After playing a whopping 27 songs, Lucero closed out their show with "For the Lonely Ones," which also happens to be the last track off of their latest record (I couldn't help but love the band's setlist symmetry).

Some of the major highlights of the show were the performances of "Nights Like These," a Lucero-fan favorite song, and "Texas and Tennessee," a beautiful Southern ballad. What drew me in most, however, was the band's chemistry with the crowd. The harder the band played, the louder the crowd sang. One thing is for sure -- when you enter a Lucero concert, you leave a part of the Lucero family. 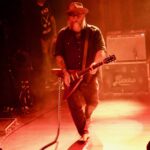 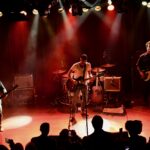 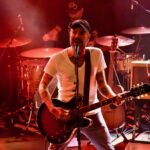 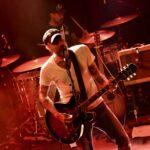 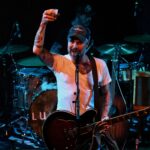 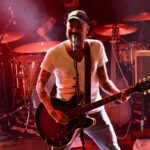 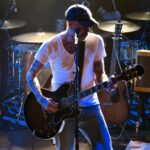 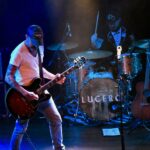