How A Love Story Turned Into Flora Cash 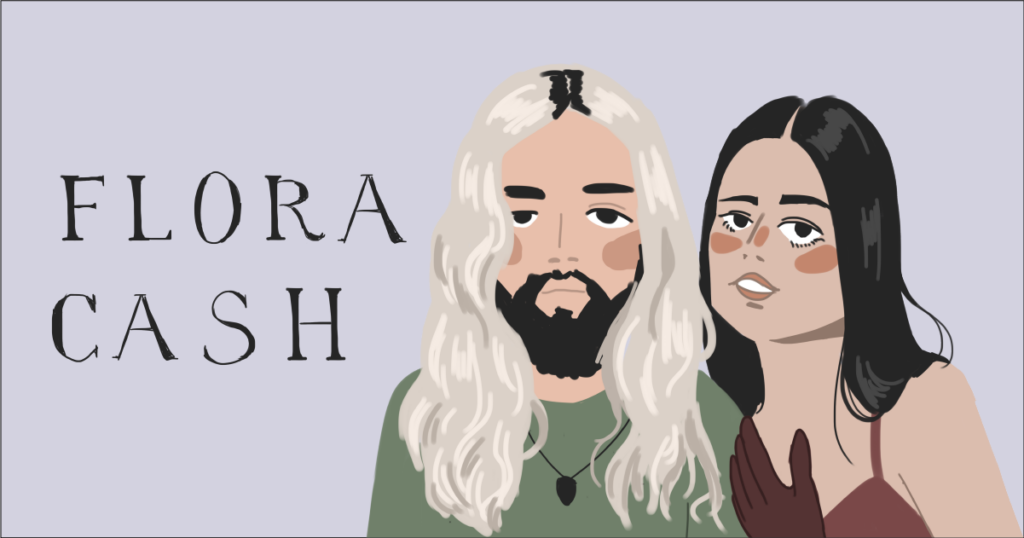 In this day and age, when social media plays a big role in all of our lives, it is not surprising to see how it brings people together to create something enchanting. This is exactly how Flora Cash got their start - over 4,000 miles away from each other.

In 2012, Shpresa Lleshaj was surfing SoundCloud in Sweden and eventually stumbled upon the profile of Minneapolis native Cole Randall. The pair eventually started messaging each other and had intentions to collaborate long distance. However, the more they interacted, the more they were drawn to each other. After a while, their messaging turned into phone calls, and their phone calls turned into video chats. Soon after, Lleshaj traveled to Minneapolis to finally meet Randall in person. They moved to Sweden together and started making music.

Who is Flora Cash?

Flora Cash catapulted into the limelight with the release of their single "You're Somebody Else" in 2017. Yet, they have been putting out music since 2013 with the release of Mighty Fine - their first EP. They released their debut album three years later titled Can Summer Love Last Forever? and their latest album in 2017 titled Nothing Lasts Forever (and It's Fine).

In an interview done with Wonderland, Randall said that "music is like therapy" to him, and "[comes] from a place where I was having some troubles." This is referring to the inspiration behind their latest album. In another interview done with the Songwriter Universe, Lleshaj defines their style as an overlap between the duo. Randall calls his "Americana folkie music," and Lleshaj calls hers "atmospheric electronic." She also mentioned that "Flora Cash is a combination of how we have changed in terms of our individual tastes."

Their latest album, Nothing Lasts Forever (and It's Fine) features nine songs total. Most are very minimal in terms of instrumentation and production. Many of the songs feature the gentle sound of Lleshaj's voice mixed with the rich sound of Randell's backed with guitar, piano, bass, and drums.

What's next for Flora Cash?

Having recently been signed with RCA Records and just came off a tour with artists Joywae and Sir Sly, it's evident the pair is just getting their start and won't slow down anytime soon. Currently, they don't have any consistent shows on their schedule, yet they are performing at one festival taking place in May called Hangout Fest. The pair expressed, in the Wonderland article that they continue to write as much music as they can. Giving fans some hope that sooner rather than later Flora Cash will be able to put out some new music.

The Local Story of Hadestown: From Vermont to Somerville to Broadway