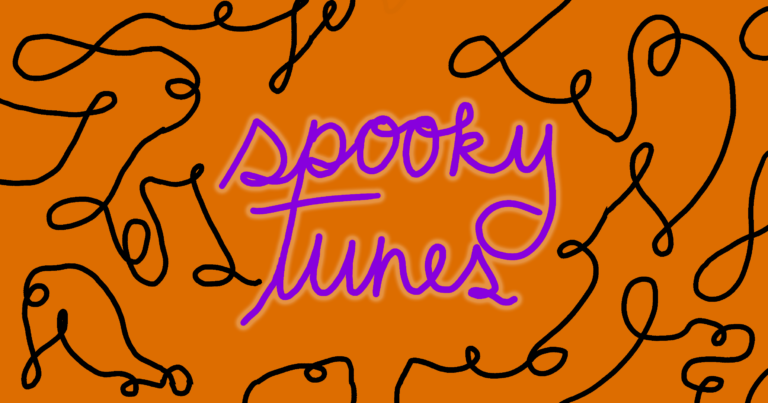 The leaves are changing color, the air is getting crisp, the warm smell of apples and pumpkins are wafting through homes across the nation, but there's one thing that's missing… a playlist of course! A perfect autumnal celebration wouldn't be complete without some spooky tunes to accompany the festivities. Now, I know what you're probably thinking, some Halloween classics can get a bit cheesy and dare I say, childish. However, no need to worry! Of course it's nice to have a classic Monster Mash or even This is Halloween from the Nightmare Before Christmas soundtrack, but Halloween music doesn't have to exist in a small bubble, there are loads of songs out there, that although might not necessarily sound like they're straight out of an Alfred Hitchcock film, they do give that same sense of autumn warmth that freshly baked pie on a chilly day brings.

Holding Hands in the Park

A list of some tunes that fit perfectly with strolling through the park on a brisk afternoon with your hand perfectly interlaced with the person you loves hand:

I'm Not a Ghost - Flatsound

The End of All Things - Panic! At The Disco

Fall For You - Secondhand Serenade

Stuck on the Puzzle - Alex Turner

I Will Follow You Into the Dark - Death Cab for Cutie

Or, if slow, calming tunes aren't really your cup of tea, here are some songs that are a bit more high energy and rock influenced but still seasonally fitting:

Nearly Witches [Ever Since We Met…] - Panic! At The Disco

Wake Me Up When September Ends - Green Day

Boris the Spider - The Who

People are Strange - The Doors

Welcome to the Black Parade - My Chemical Romance

And of course, no Halloween playlist would be complete without one of the most iconic spooky songs of all time, "Thriller" by Michael Jackson!

Tunes for Good: An Overview of Fame and Philanthropy