Tunes for Good: An Overview of Fame and Philanthropy

Music has helped us all, in ways that we can’t even describe. A great concert can remain as a coveted memory for years after the fact, a particularly beautiful tune can remind us of a person or place, and the right song can get us through any heartbreak. But how can music have a tangible impact on the world around us? 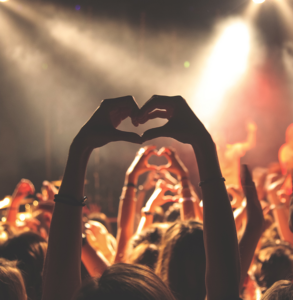 The first recorded instance of philanthropic-driven musical performance was the 1918 Historic Concert for the Benefit of Widows and Orphans of Austrian and Hungarian Soldiers (titles for concerts have shortened since then) which took place in Vienna, Austria following the massive casualties suffered from World War I. The first recorded American benefit concert took place in 1971 at Madison Square Garden. It was titled The Concert for Bangladesh, and featured artists like George Harrison, Bob Dylan, Eric Clapton and Ringo Starr. This sparked a massive musical movement in the US, leading to the creation of fourteen large-scale benefit concerts in the next two decades. Today, benefit concerts are widely accepted and anticipated in the United States, bringing promise of big names with even bigger hearts. These events can have concrete objectives like raising funds for disaster relief, or subjective objectives like raising awareness for a major epidemic.

In addition, many of the stars on the WERS playlist have created their own charities and foundations. Sir Elton John has made a permanent impact on the music industry as well as the medical industry with his establishment of the Elton John Aids foundation in 1992. This year, he broke records by raising over 7 million dollars for AIDS research and treatment from one of his Academy Award viewing parties. Another staple name in the studio, Jack Johnson, has created multiple foundations throughout his career, benefitting environmental education and youth arts programs. His grants provide vital resources to community programs with small budgets that help young children grow and learn in the arts. Both artists who have dedicated their lives to helping the lives of others have common reasons for starting their organizations. They both have had a very personal tie to the causes they now identify with.
Elton John stated that he had “lost many dear friends to this terrible disease”, and that the way to channel his grief has been through providing aid to others suffering as well. Johnson has poured most of his philanthropic efforts into his home state of Hawaii, making sure to give back to the place that raised him.

These artists and many more are taking the initiative to make their music reach one step further for the benefit of us all. So, the next time a Jack Johnson jam comes on the playlist, take a second to appreciate the multifaceted good that can come from a little musical inspiration.