You may not have known it, but Saturday was a very special day for New England’s music community.

Nestled in a normally quiet corner of Portland Maine, the inaugural Sunaana Winter Festival brought 12 bands, 21 breweries, and hundreds of excited fans together for an experience unlike any festival before it. Sunaana transformed an empty warehouse in Thompson’s Point into a buzzing cultural hub, featuring premiere acts from the U.S. and Iceland. Inspired by the famous Iceland Airwaves festival and Portland’s unique art community, Sunaana’s lineup included an eclectic mix of rock, punk, alternative, and hip hop acts, who were all thoroughly excited to be a part of the brand new festival. 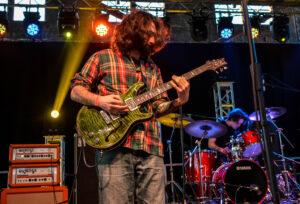 Maine’s own Hours North opened the celebration with an interesting mix of acoustic jam-band style music, coupled with grunge and hardcore influences to create a sound that was equal parts easy listening and head-banging. Their energy was the perfect start to a memorable day of unique artists. The afternoon continued with more impressive acts, including Beverly’s Valleyheart. The band released their debut EP less than a year ago, gave a performance packed with potential. Their heavier take on alternative rock made the four piece act a standout of Sunaana.

Boston’s music scene was well represented by the likes of Lannen. Their twinkling indie-pop sound echoed a combination of Jimmy Eat World and Death Cab For Cutie. Adding grooving bass and drums over melodic guitars, Sunaana was off its feet and dancing along to songs off Lannen’s upcoming full length record. Wicked Local Wednesday favorites Town Meeting also joined in the fun. The folk-americana band proved why they are one of the most exciting acts to experience live in New England. Despite being a stripped down group of guitars, bass, and cajon, the band’s raw energy and talent captivated the audience. One of the most memorable moments of Sunaana was when Town Meeting was joined by the award winning Maine Youth Rock Orchestra for the final songs of their set. 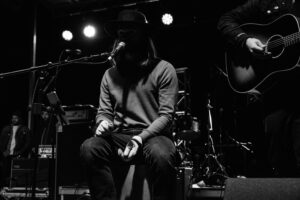 Sunaana was inspired by a close relationship between the city of Portland, and the people of Iceland. Aiming to bring a taste of the famous Iceland Airwaves Festival to New England, the Music Curators of Sunaana brought Mammút, one of Iceland’s premiere groups, to Portland for a feature performance. VIPs had been treated to a special preview set from Mammút on Friday night, but the unique five piece group saved the real show for Sunaanas full audience. Mammút’s driving rhythm and intricate guitar loops created a wall of sound that reverberated throughout the cold warehouse packed with captivated fans. Mammút will be joining us in Boston for Reykjavik Calling on March 18th at The Middle East in Cambridge. 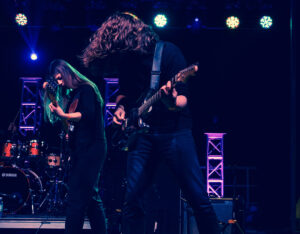 Pennsylvania’s Rozes closed Sunaana. The singer’s gospel-infused pop blended elements of EDM, rock, and soul. She performed her hit feature “Roses” which was produced with The Chainsmokers last year. Rozes was joined on stage by a lone drummer, but the lack of fellow performers did not stop the duo from bringing an entertaining and fitting end to the truly on of a kind festival. 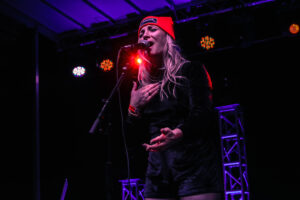 Bands were not the only highlight of Sunaana. The stellar lineup of breweries were just as impressive as the artists. Craft beer creators from Maine, New England, and beyond came together to provide an unparalleled selection of ice-cold brews for fans at Sunaana to enjoy.

As Sunaana came to a close and festival goers made their way out into the cold, fans and organizers shared in a bittersweet moment. Yes, the festival was over and it was time to go home. However, each and every person who was in Thompson’s point this Saturday knows that they had experienced the inception of a brand new tradition. WERS #DidntMissYearOne, and we are already counting down the days until we get to ask “what is Sunaana?” again.