The 2017 Levitate Music and Arts Festival was chock-full of great artists on both Saturday and Sunday. Here's what some 88.9 favorites were up to during the sun-soaked weekend.

Deer Tick: Rocking Away the Rain

On a breezy, Saturday afternoon at 3:05 pm, the American alternative rock band Deer Tick graced the Style Stage at the 2017 Levitate Festival. What was predicted to be a day riddled with thunder and lightning, Deer Tick did what they do best and rocked all such stormy skies far, far away.

Deer Tick showed up with more than just some of their hit songs, "Good as Gone," "Look How Clean I Am," and "Spend The Night." Deer Tick's music is strongly influenced in a divine cocktail of rock with folk, blues, and country influences, and it easily attracted a large array of people. With such a diverse style of music, the band had no problem making their concert space the exact embodiment of the mantra, "no shirt, no shoes, and no problem." The crowd came for the music first, but the talent in Deer Tick's live-set was also high quality to the point in which it genuinely transferred between artist and audience.

The Revivalists: Soul on the South Shore

88.9's Alex Waters went backstage to the Revivalist's dressing room - actually a barn on the Marshfield Fairgrounds. There, they talked about what keeps them going as musicians, as well as the meaning behind one of their most popular tracks. Check out the interview - coming soon.

88.9's Alex Waters got the chance to sit down with Saturday's headlining act, DISPATCH, and catch up with the local group in the middle of their national tour. Check out their backstage interview inside their tour bus here! 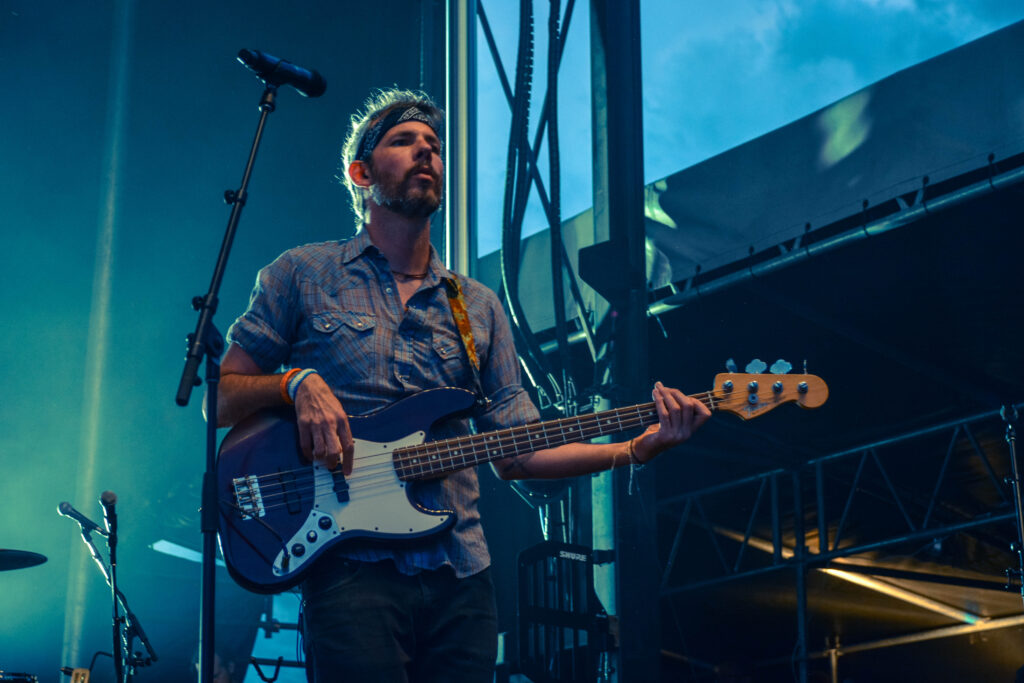 JJ Grey & Mofro, originally from Jacksonville, Florida, played the Levitate Festival Sunday. This soulful group strategically kept the energy going throughout their hour-long set, and just when the dance moves slowed down, the band picked up the tempo and lifted the energy dramatically.

Their twangy, jazzy sound attracted a large audience for the medium-sized Style Stage. Between the dedicated fans bobbing their heads and those who may have just discovered the band, their set shared a feeling of intimacy. Grey paid tribute to the strongest woman he knows, his grandmother, "who passed with a smile." The song, "Gal Youngin," talked about the role she played in her teens as a "damsel in distress," as well as a mother figure to him as a child.

The group relied on free-flowing jam sessions, with every strum of the electric guitar leading to fist pumps in the air and when the trumpet entered the mix, the crowd always cheered. Between the band's instrumentals, Grey would impress the audience with his strong vocal range.

They also played a new song called, "The Sun is Shinning Down," a song perfect for the 80 degree weather. The whole crowd sang along to the lyric "glory, glory, hallelujah" in unison with their arms wrapped around each other.

Grey cracked jokes with audience during the show and aimed to spread honestly and positivity.  The set was soothing and soulful but, "Next time, we'll get buck wild," said Grey.

The band truly captured the essence of the Levitate Festival and they were clearly humbled to perform here. "Sing like a bird, just do it. Even if nothing comes out of it," said Grey.

The pressure is always on for a festival's headline act, especially at a large gathering like Levitate. But for Ziggy Marley, it's quite likely he felt nothing but relaxation up on the grandiose Stoke Stage, playing for thousands of people and concluding the festival with a steady diet of sing-alongs and tributes.

Marley's tight, rhythmic band came out swinging with "Tomorrow People," but it wasn't long before Ziggy paid homage to his dad. A slew of legendary Bob Marley tunes filled the Marshfield Fairgrounds on an 80-degree Sunday night, including reggae standards like "Stir It Up" and "Get Up, Stand Up."

Often quoting the lyrics before launching into several songs, the younger Marley made it clear that the music would do the talking - specifically a story of peace, love, and open minds. He briefly took to the mic to cry out, "Human species, we must evolve!" and he condemned the many ideologies that often tear people apart.

For most of the nearly two-hour set, the band rested on a strong backbeat and kept the momentum up with a quick pace in between songs. The entire audience swayed their hips and sang, and clouds of smoke rose up from the audience as Ziggy ended the Levitate Festival on a high note.

Win VIP Tickets to the Levitate Music and Arts Festival