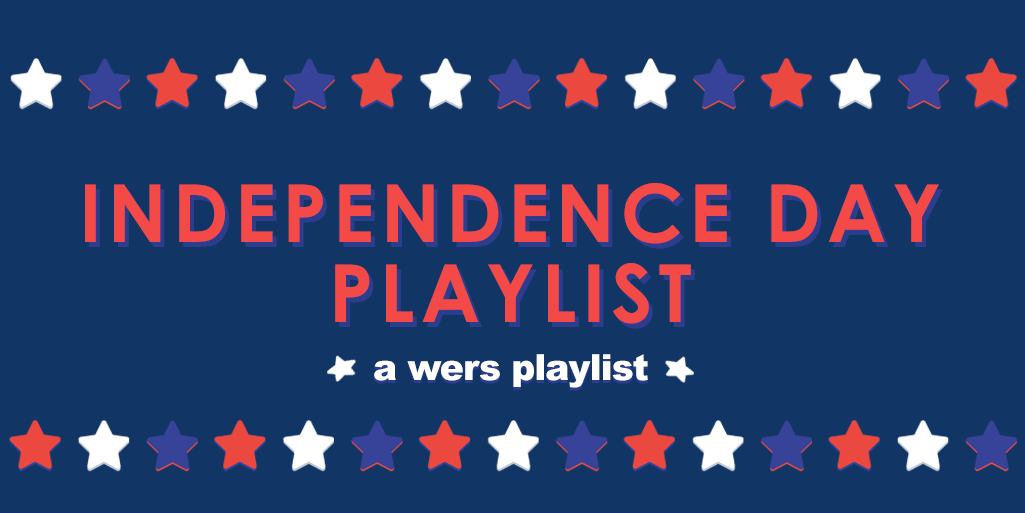 Despite the COVID-19 pandemic, we're all still putting in the effort to gather with family and friends for this Fourth of July weekend in what ways we can. While this year's barbecues will involve masks and social distancing, you can still have a good time! Music is always a great way to boost your mood, and can even help with getting in the holiday spirit. So, here are some songs about the U.S.A. to celebrate American independence.

34-year-old R&B artist Janelle Monáe released the album Dirty Computer in 2018. Her last track, "Americans," addresses the racism, sexism, and abuse of religion that has been prevalent in U.S. history. Even though the U.S. has its issues, Monáe decides to own being an American. She won't give up her nationality, and is willing to criticize America in order to improve the country. Given the increasing awareness about racism, Monáe's song hits home for those who love their country and want it to change for the better. It encourages us to refuse to be complacent.

Lana Del Rey's 2017 album Lust for Life embraces the beauty of summertime. "God Bless America - and All The Beautiful Women In It" is one of many summer-themed songs, but it was also inspired by women's rights issues. In this Lust for Life track, Del Rey sings about her love for the U.S. as a modern American woman; she feels free and empowered, and wants others to feel the same. To feel empowered, she calls women to fight for equality. On the other hand, the sound is ethereal, which is perfect for a chill barbecue with friends and family.

This X Ambassadors cover of Rihanna's song is also soothing to the ear. The instrumentals are not too strong, so you can kick back and spend quality time with loved ones. The band also adds passion to the lyrics and the tune. In "American Oxygen," X Ambassadors sing about the modern American dream and the evolution of America. As you listen to the music, you can feel the joy that comes with opportunity in spite of hardship.

Don McLean's album American Pie came out in 1971 with a hit song of the same name. McLean addresses some tragedies within the music industry, such as the deaths of Buddy Holly and Janis Joplin. However, he also sings about the recovery of music due to bands like the Beatles. Even though the song mostly mourns America's losses, it shows us how the music industry adapts over time. "American Pie" gives us hope for the future of music, despite the losses experienced around the release of the song.

"Your Best American Girl" by Mitski

Four years ago, Mitski released her album Puberty 2. "Your Best American Girl" is about her relationship with a typical "American" guy. Mitski really likes him, but she grapples with their cultural differences. Due to her mother's Japanese heritage, Mitski feels like her partner's family wouldn't like her, so she tries her best to be an "American" girl. This Puberty 2 track shows that people with immigrant parents inevitably grapple with their identity at some point in their lives. Songs like these are comforting, despite the difficult reality of being a child of immigrants.

"American Girl" by Tom Petty and the Heartbreakers

In 1976, Tom Petty and the Heartbreakers released their debut album, American Girl. The last track of the same name is a rock song about a small-town girl discovering the outside world. Petty drew inspiration for the song from his family's wealth and education. He wanted to be more than a poor boy in his hometown. "American Girl" is a touching song about becoming yourself that connects with so many people, and it reminds you of an old coming-of-age movie. Plus, the tune mixes gospel and rock in its sound, which is great to jam to.