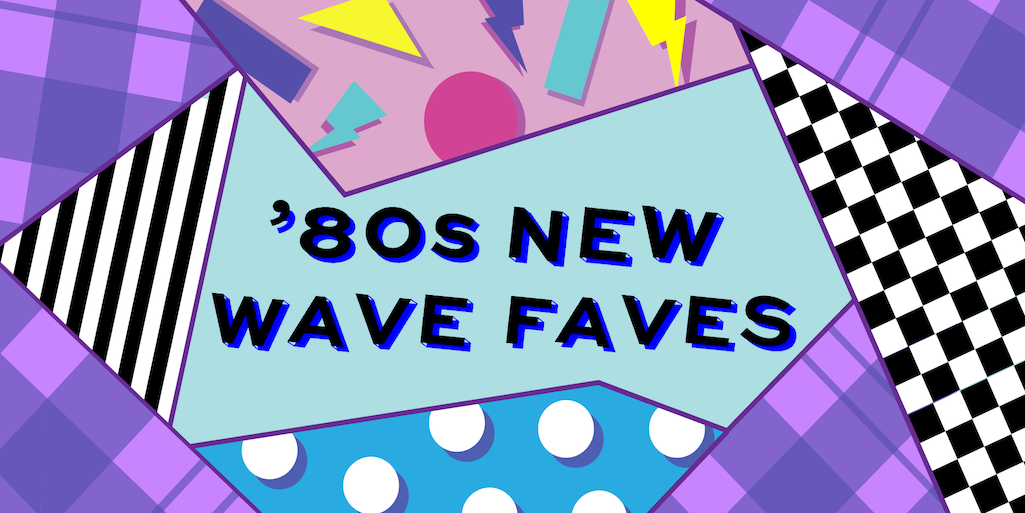 In the mid-to-late '70s, a new wave of music rose from the U.K. punk scene: The new wave. It's a genre that's hard to define, probably because of all the genres it encapsulates and integrates, including post-punk, power pop, pub rock, the occasional synthpop, and even a touch of rockabilly! Though the new wave scene was most prominent in the U.K., our side of the pond boasts new wave legends such as Blondie, The Cars, and Devo.

New wave pioneers drew inspiration from existing music and artfully blended it with new ideas to create a truly innovative musical revolution that flowed into the '80s. To this day, you can hear the new wave influence in countless modern artists' music. Keep an ear out when you've got WERS on and you'll hear it for sure!

Here are some picks of "new wave faves," if you will:

"The Beat" - Elvis Costello & The Attractions

No new wave playlist would be complete without Elvis Costello in it. His music is some of the most unique and inventive out there, and "The Beat" is a prime example, exhibiting a powerful groove. The unmistakable sound of that Farfisa organ ended up being a new wave staple; the organ was a '60s relic repurposed for a new age, aligning perfectly with the new wave philosophy. Apparently, by that time the organs were considered old technology and sold for cheap, making them the perfect purchase for up-and-coming new wave bands! Here's a fun fact for you: This album, This Year's Model, along with Costello's other albums from 1977-1981, was produced by the one and only Nick Lowe! We love Nick; he performed at WERS' 70th Birthday Party last November!

The Pretenders are masters of maintaining the punk edge while adding a modern touch. They do this in both sound and style; their look blurs the lines between formal and informal wear, all about boldness and bright colors. "Kid" starts out as a powerful ballad - a driving melody with soul, with Chrissie Hynde's vocals heartfelt yet robust. You can hear the influence of '60s pop ballads in the melodic lines and riffs but flipped on its head with a punky rhythm. The song kicks into overdrive when the chorus comes in, and the ballad comes full circle with emotion and intensity on full display. This tune will take you on a musical rollercoaster that you won't want to get off of!

This absolute banger by Squeeze has it all; a high-energy beat, a sublime melodic flow, and a brilliant set of lyrics. John Lennon and Paul McCartney's new wave counterparts, Chris Difford and Glenn Tilbrook, really shine on this tune; Difford's illustrative lyrics and Tilbrook's infectious tune grab your attention right away and make it hard to do anything else but really listen. I bore witness to the band's genius at a concert of theirs in Providence and actually got to meet the lads post-show! In an effort to describe the euphoric feeling of having danced all night but flustered in the presence of rock royalty, I told Chris Difford that I was "sweaty" (I'm sorry Chris). This is undoubtedly one of Squeeze's most sweat-inducing tunes.

XTC's 1982 masterpiece is a truly unique tune. Its eccentric intro intrigues you and keeps you on your toes before bursting into an electric pre-chorus and chorus that never fail to get you moving; I guarantee you'll join in before the chorus with the "1, 2, 3, 4, 5!" This song is packed with quintessential English cheekiness, with all the talk about the world being football-and-biscuit-shaped. The Brits were the pioneers of new wave, after all, and their stamp on the genre is unmistakable. "Trying to taste the difference 'tween a lemon and a lime" is the kind of line I think about and chuckle at while cutting slices of the aforementioned citrus for my tea.

There are few bands as inimitable as the Talking Heads. The new wave label suits them not because they fit in easily to any one genre, but because their innovative style captures the new wave spirit. "Slippery People" is intriguingly eccentric, with a compelling underlying beat. It blends traditional and modern sounds with the mix of rhythmic percussion and synth riffs, coupled with soulful vocals on the chorus. This live version from Stop Making Sense has unbridled energy to it; I always find myself clapping and cheering after the final hits as if I was in that audience in 1983! The middle solo section highlights spacey synth, complex conga beats, and even scat-esque singing from David Byrne (He was wearing a normal-sized suit for this portion of the show, but the famous "big suit" enthusiasm was still there).

This excellent groove from Culture Club illustrates beautifully the various genres that can be wrapped up in new wave. The band itself was ahead of its time, having one of the most diverse lineups of the period (hence their name!) The horns featured in this tune, coupled with the rhythm section's performance, create an almost Latin groove. Here's a song that makes me break into a cha-cha from the very first bar! The tune also has an undeniable funk to it. Boy George's dulcet vocals add an unrivaled character. "Unfortunate Thing" shows that new wave's innovation is for everyone, for every genre, for every musical styling.