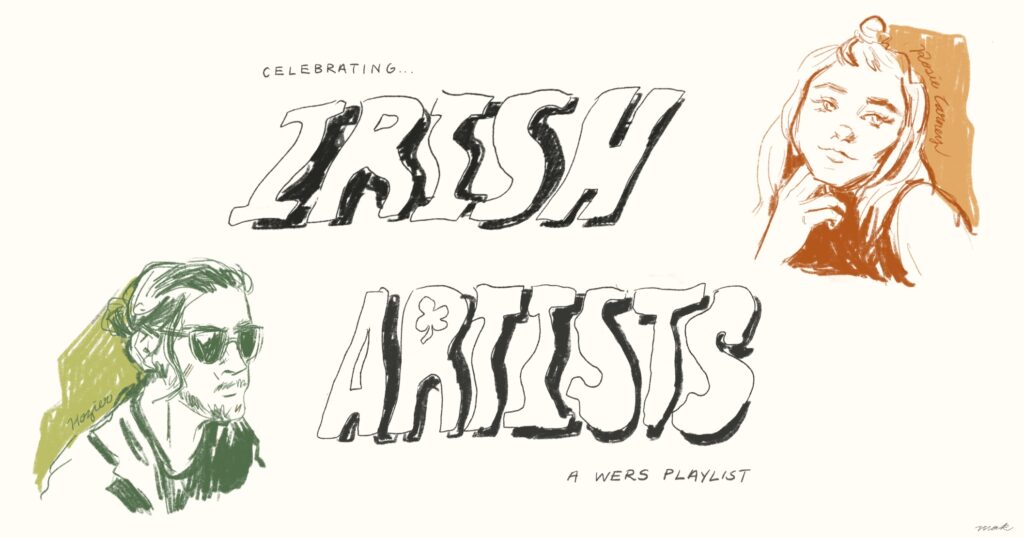 When you make a donation to 88.9 to support keeping the music going strong, you'll be entered to win a vacation to Ireland, famous in part for its live music scene. Artists mainstream and indie hail from Ireland's pub and busking scenes, many of them being some of our favorites. We've got a perfect playlist of 88.9's Irish artist faves for you to jam out to.

Irish multi-genre artist Andrew Hozier-Byrne is no one-hit-wonder. After he released his 2014 hit "Take Me to Church," the man behind Hozier keeps producing great music. His recent album Wasteland, Baby! continues his passion from his debut album, Hozier. One of the album's songs, "Talk," is an edgy tune with an intro that is reminiscent of wild Western films. Hozier's voice adds a sultry feeling to the edginess and the song kind of makes you feel rebellious.

"What Have I Done" - Dermot Kennedy

Dermot Kennedy is another Irish singer who delivers powerful hits. His new album Without Fear came out last year and has a lot of drum-heavy songs. "What Have I Done" is an amazing love song. Kennedy starts off with piano and introduces you to his heartbreak. Throughout, his captivating storytelling and longing to understand the situation move you as the drum sounds intensify.

Lisa Hannigan's At Swim has a lot of songs with a raw feel to them. "Fall" is an acoustic track with lyrics exploring lawlessness and chaos. Listening to this song makes you feel like you're in a story. The strumming of the guitar and Hannigan's softly striking voice compel you to keep listening, and you wouldn't want this song to end either. Hannigan makes you feel like you're listening to her perform live.

Born in Cork, Ireland, Eoin French started his career as Talos in 2014 with two releases. Talos' version of indie-pop has various influences, from pop, to hip-hop, to rock. "The Flood," from French's 2019 album Far Out Dust, is a beautifully ethereal song. The background noise gives an outer-space feel to it, the voice so heartfelt. The song is also acoustic, so it's great to listen to in a relaxed atmosphere.

"What You've Been Looking For" - Rosie Carney

23-year-old indie-folk singer Rosie Carney was born in England but moved to Ireland around age 10. She released her debut album Bare last year and dives into themes about love and self-discovery. "What You've Been Looking For" is Carney's first track on the album. It explores her journey of finding "what you've been looking for," and recognizes her uncertainty about the future. Carney's voice is soothing and graceful, and the melody is acoustic and gives the lost some reassurance.