A single white table and chair sat on the stage. Behind it, the band stood by their instruments, waiting for her entrance. Mitski Miyawaki, known by simply her first name, produced screams from the audience as soon as she slowly stepped onstage for her late afternoon performance at Boston Calling. With each step she took, she waited for what seemed like a painfully slow time to take the next one, singing the words to her opening song as she moved across the stage. Each one was made with purpose, with intention. She made her way to the table, and that's when the fun began.

As the songs continued, so did the story.

Mitski moved slowly and with aim. Every motion she made was made to enrapture her audience-a task she executed beautifully. Fans pushed to the front of the barricade hoping to catch her eye with their chants or their dancing, but most seemed too fixated to her movement to even try once they got there. She moved with grace over and on top of and around the props in a way truly unique to the performer she is. It was as if watching an old movie -choreographed, but natural.

Although mostly maintaining the illusion of watching a dancer behind a screen, Mitski took several moments to address the audience throughout her set.

"I just wanted to break the fourth wall a little bit," she said, looking out into the crowd, "I don't know you, but I have so much love for you."

In that moment, the audience was no longer simply watching a story play out onstage-we became a part of it. Her newest album, Be The Cowboy, focuses on the struggles of a woman struggling to maintain control over herself. We were not only watching her perform this story, we were becoming integrated into it.

Mitski continued her conversation of desperation and self throughout her performance.

She used the props continuously as a medium through which she could communicate-when calm, she sat in her chair. When sensual, she danced on the table. When in a desperate outburst, she threw the table over her head. Her entire performance radiated a kind of truth to it: even though some of her music is narrative and some is fiction, it brings out a kind of epiphany to those who listen to it. We all have a little bit of Mitski in us. 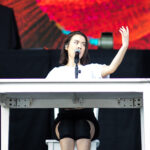 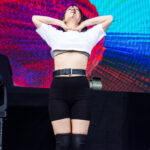 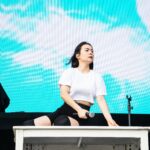 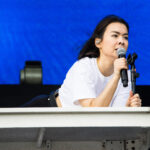 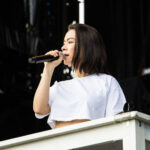 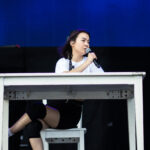 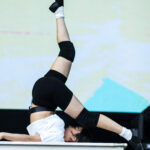