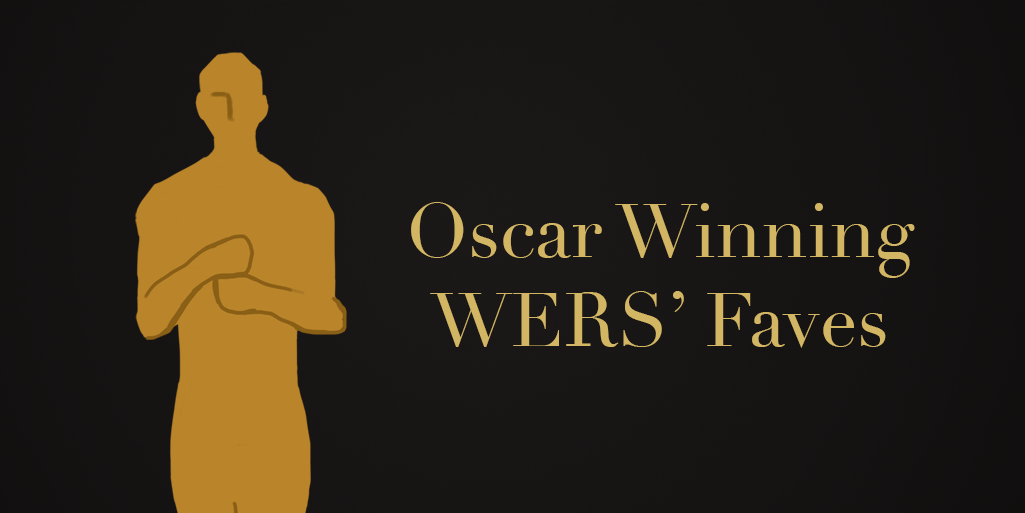 While we're still basking in post-Grammy's bliss-or maybe confusion, because of all the shenanigans that went on (looking at you, whoever misspelled Ric Ocasek's name)-it's already time to move onto the next ceremony. The red carpet is rolling out again for the 92nd Academy Awards coming up this Sunday.

Though the Oscars (what's up with the two names, seriously?) are all about the screen and not the stage, there is one coveted category that musicians all over the globe covet: Best Original Song. While you might imagine the nominees in this category to be composers in fancy suits with bowties and batons, many of our WERS faves have actually won this category! You hear them on the airwaves every day on 88.9, but you might not have known you could hear them in the movies, too.

Here some of your WERS faves that have won the Academy Award for Best Original Song in the past:

Is it just me, or does everyone sing this song ironically when you're trying to tell someone to, well, let something be? No? This might be a Gen Z/Millennial thing (1999 baby here!) but I wasn't aware that this song debuted in conjunction with The Beatles' documentary of the same name. The documentary follows the band as it wrote and produced what would come to be their last album as a group. What's most interesting to me about this song is that it wasn't written to pair with any sort of narrative, as many other songs in this category are. This was just yet another classic Beatles hit, and their sheer songwriting and producing alone won them this great honor.

The great American singer-songwriter won Best Original Song for his piece featured in the classic movie "Wonder Boys." Listening to this song, it's easy to see how people fell in love with this hit of Dylan's: It's not just a song, but a story about the sufferings of the human mind. The more you listen, the more the narrative unfolds through Dylan's signature, unrefined and entrancing vocals.

The Boss was back at it again in 1993 with this Top 10 charting song from the movie Philadelphia. Springsteen was up against the likes of Neil Young and Janet Jackson, but ultimately won out to win the Oscar. The song is a sad, somber piece that transports listeners to the Philadelphia streets at night, wondering how to overcome adversity and rise above. Much like Dylan's song, it's a beautiful story that perhaps is a small movie in and of itself.

Full disclosure: Prince didn't win Best Original Song, but instead won Best Original Score for the album of his rock musical Purple Rain. However, Best Original Score no longer exists as a category, and I felt as though I couldn't write this kind of post without acknowledging the greatness that is this album/song (who doesn't love Prince?). Purple Rain was a trailblazer in its own right, opening the door for other rock musical movies (Rock of Ages, Across the Universe) to come into mainstream media.

The inner nerd in me is very excited to put this song on the list! Queen of the Eurythmics Annie Lennox nabbed the Oscar for this song, which was featured in The Return of the King (the final installment of Lord of the Rings). This song has a wonderful lullaby quality to it­-it feels very fantasy-like, as though you're walking through the forests of The Shire while you're listening. It's simplistic but utterly beautiful and Oscar-worthy.