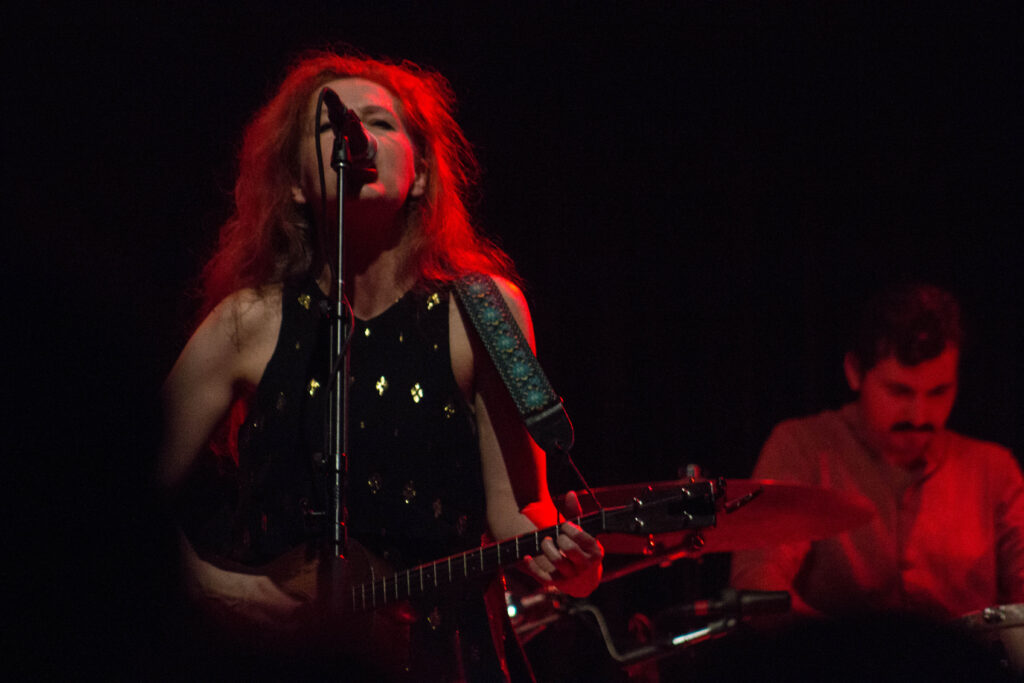 The room slowly filled with people as the start time drew near. The Royale, a nightclub usually filled with youth and party-goers, was tonight filled with an older generation of audience members. Neko Case played a mellow - yet lively - show at the Royale on Thursday night, bringing back nostalgia for a simpler time through her alternative, classic sounding set-list.

Case has made music since the late 1990s. She's varied from indie rock to alternative country to folk music. Her newest album (and tour), "Hell-On", portrays her venture into a mellow, alternative sound that much of her two-decade long following seems to enjoy. Listeners streamed in as her opener, Margaret Glapsy, entertained with her melodious guitar strumming. It wasn't quite like an ordinary concert; rather, a gathering of mutual friends, all coming together to share their love of an old memory.

As Glapsy finished her set, the standing-room-only venue continued to fill.

By the time Case made her way onstage, the space was warm, and filled with a soft, buzzed energy created by a positive radiation of excitement. There wasn't screaming fans or chaotic shoving to the front of the room, but there was a gentle excitement. When case finally appeared onstage, all that energy was pulled in to her, and she took control of the room completely. Her songs told a story, as if there was a life being lived in each lyric she sang to the crowd.

Things were chill, but they definitely weren't boring.

The show wasn't completely wholesome and nostalgic. Immediately upon walking onstage, Case made a comment about smelling bad, sparking some chuckles from the crowd. During her first song, a sound malfunction caused the mic to give way to a moment ear-piercing feedback - this was then made into another joke by Case, commenting that the sound equipment was so scared of her bad B.O. that it shrieked in horror. This sparked another chuckle from the crowd before she continued her set.

Case knew exactly how to please her audience.

Overall, the energy in the space was a continuous buzz. Case knew her audience, and she knew they didn't need theatrics or fancy lights or conversation. They were there for music, and she was there to play it for them. Perhaps her songs reminded them of their own lives. Perhaps the sound made them think of simpler, more authentic times from their past. Whatever the case, the lack of screaming and chaos didn't indicate a lack of interest; rather, it indicated just how invested each and every audience member was. Nostalgia seemed to run free at the Royale that night.