The crowd on the floor of the Royale was shoulder-to-shoulder, humming with excitement for Irish indie singer/songwriter Dermot Kennedy's sold-out show to begin.

In the moments leading up to his performance, eager fans around were all speculating what songs he would play during the set; many hoped for him to play his viral rendition of Kanye West's "Heartless." The anticipation in the room became palpable-as the clock counted down to 9:00, the crowd got more animated, people maneuvering their way to find the best spot in the house.

When the lights on the stage faded to black, the Royale exploded with cheers and clapping. Dermot and his band took the stage, first performing their song "Young and Free." The crowd belted the chorus along with him, acting as Dermot's personal backup singers. I could feel the beating of the drums and the thrum of the bass guitar vibrate throughout my bones. The energy was electric.

After the opening song, Dermot took the time to say hello to the crowd.

In reference to the Red Sox winning the World Series the night prior, Dermot said, "This day belongs to Boston after last night." Understandably, this sent all of us into a delighted frenzy.

Later on in the set, Dermot played a brand new song called "Lost." While he was playing, the crowd was quiet-but not in a disapproving way. Everyone in the house was hooked on Dermot's every word, entranced by the passion written all over his face as he belted out the new music. I shut my eyes as well, just taking in the beauty and fervency in Dermot's voice.

This emotional aspect of the show took on a personal quality for Dermot.

He often took the time to relate to us how he came up with a song, or how the song made him feel whenever he played it. This made the show feel almost like a glimpse into Dermot's life, like I was reading a page out of his own journal. His willingness to open up to us all in those moments made it feel as though Dermot was a close friend of mine. The crowd around me especially appreciated the anecdotal introduction to Dermot's song "Boston," about the time he spent busking in the city for a summer.

As the set went on, several fans around me kept asking when Dermot was going to play "After Rain." Just when it seemed like their wishes weren't going to come true, Dermot announced that his very last song was going to, in fact, be "After Rain." Dermot asked everyone in the crowd to sing with him the lyrics "you won't go lonely" in solidarity with him.

As the song faded out, we all continued to sing "you won't go lonely," much to Dermot's pleasure.

With a huge smile on his face, Dermot thanked us all for coming out, saying goodnight and goodbye to his Bostonian fans. 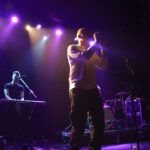 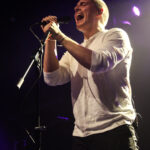 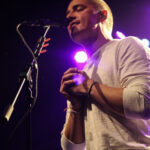 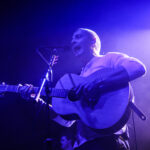