This week, singer-songwriter John Paul White stopped by our studio to perform three tracks from his newest record, The Hurting Kind, before his show that same evening at Once Somerville.

White is a folk singer and producer who hails from Florence, Alabama. He is known for his solo career and for being part of the Grammy-winning duo The Civil Wars. He released his newest record earlier this year, containing ten tracks ranging from uptempo sing-alongs to heart-wrenching ballads.

White began his set with "I Wish I Could Write You A Song."

A tender love ballad written by White himself, the incredible musical and lyrical talents of White and his band were present from the first seconds of the performance. "A melody/With harmony/So soft and sweet/Sounds like what it feels like when you're with me" sings White in the chorus. The beauty of the lyrics parallels the gorgeous instrumentation accompanying it.

The second track of the day, "The Long Way Home," details White's feelings about touring the world as a musician.

"It's kind of about that whole love-hate relationship with doing this for a living," said White as he introduced the track. The song picked up the tempo and left everyone in studio bobbing their heads and tapping their feet to the folky rhythm.

The final song, "The Hurting Kind," brought back the evocative, slow sound that White is known for.

The song combines together guitar, fiddle, and drums to a haunting effect. "Oh, your love may be all mine/But your love's the hurting kind" he sings in a falsetto that showcases the track's vulnerability. White's soaring vocals were chill-inducing, and stunned everyone in the studio.

In between songs, White chatted with WERS' Phil Jones about everything from life on the road to the formation of White's band.

"There was a kind of a bond or camaraderie before even playing together," said White when describing how the five-piece group got together. He also described the differences and similarities of being at home and touring: "It's completely unlike being at home, and it's kind of the same. We get into routines and that's kind of good for us. It keeps us sane." Finally, White gave some insight into his own songwriting process throughout the interview. "I have always gravitated towards songs that make me feel something… that's what I tend to want to write."

White showed why he is one of the biggest names in folk music. With his show-stopping talents, White delivered an incredible performance in-studio that moved everyone who listened. 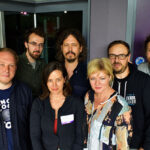 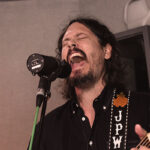 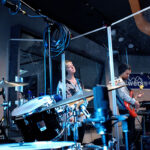 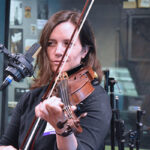 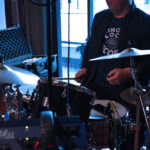 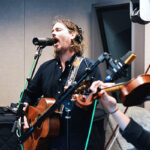 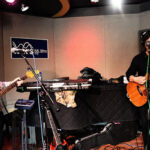 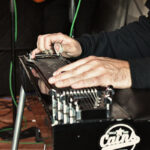