Letters to Cleo didn't just play the Paradise Rock Club on Friday night - they brought the house down.

I could tell the night was going to be exciting when I arrived two hours early and found people already waiting outside. Letters to Cleo made their debut in the 90's with their rocker-chick anthems. Some people remember them for their feature on the motion picture soundtrack for the classic 1999 film "10 Things I Hate About You" (which includes their songs "C'mon" and "Co-Pilot"). others simply remember them for their angsty, girly, pop-punk persona. Regardless, the house filled quickly with people mostly above-college age, and soon enough the room was almost completely full.

The crowd went wild as soon as they walked on stage.

The room became deafening. The mixed crowd of men and women bobbed their heads and jumped in rhythm with the ear-splitting guitar and vocals, many screaming the lyrics along with the band. It was like watching a crowd of teenagers in a fan frenzy -- and it was glorious. The floor seemed to shake along with the beat of the music. Lights onstage flashed, people screamed, and the energy was electric. It was as if we were all in a time machine, shooting us back to the 90's in a flare of new-age girl rock.

Although they've been going for over two decades, they have the same (if not even more) energy as they did when they started.

Getting older certainly hasn't hindered the energy of any of the band members onstage. Kay Hanley, who performs lead vocals for the group, bounced around the stage in what can only be described as a fit of pop-punk girl mania. Further, the rest of the band played to the same level, jumping around and taking the stage like no other groups I have ever really seen. And the crowd absolutely devoured it. I've never seen an artist perform with such fun energy onstage before, and it was truly a spectacle to watch.

Letters to Cleo performed like it was the last time they were going to book a show, and it brought the house down, and nothing could stop them even if they tried. 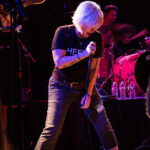 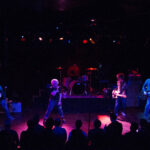 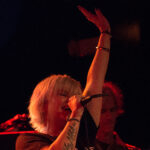 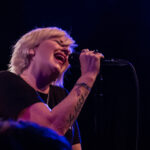 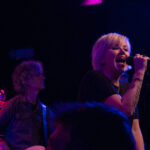 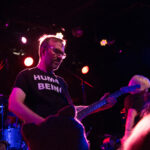