In a show unlike anything I've ever seen or experienced before, California band half•alive literally almost brought down the house at Brighton Music Hall.

While waiting outside to get in, it was clear that those lined up in front of the venue couldn't wait to watch the band perform. Multiple groups of young fans handed out handmade colored light filters with the band's logo on them, which we were instructed to hold in front of our phone flashlights during specific songs.

People of all ages came together to show their love and support for this band; sharing stories about their favorite songs, and playing "I Spy" with one another to pass the time.

I even made some friends of my own while in line. We played pool together in the back of the venue until it was time for half•alive to come on. It always amazes me that music truly has the power to bring people together, even if only for one night.

Once half•alive took the stage, Brighton Music Hall came-well, for lack of a better term-fully alive.

The audience's singing matched lead singer Josh Taylor's vocals, as if we ourselves were performing with the band. When Taylor motioned for the audience to jump at one point during the show, we all followed suit. It felt like we were all creating an earthquake together. I stood still for just a moment then, taking in my surroundings-it felt like I might fall through the floor!

Taylor brought more than just his incredible vocals to the stage: he also brought his dancing shoes.

After almost every song, two dancers from offstage joined the band. Taylor and the dancers started busting out some perfectly executed choreography while the rest of half•alive continued to play in the background. While some lead singers do a little dancing or bust the occasional move while playing, Josh Taylor took it to the next level. This dance element gave the show a unique, ethereal quality that truly spoke to half•alive's funky, down-to-earth vibe.

When half•alive announced they had "one more song for us," the screams that erupted from the crowd were ear-splitting.

Parents hoisted their kids on their shoulders, and everyone on the floor scrambled to get as close as possible to the band, aching to see the final moments of the show in full detail. When the band left the stage, the audience gave a huge, final ovation that was loud enough to make my ears ring.

But the fun wasn't over just yet-half•alive made their way to the back of the venue to greet fans, give them hugs, and also sign some merch. It was the cherry on top for the fans who had gone hoarse from screaming at the top of their lungs and waited outside in the cold for their favorite band to finally play in Boston. 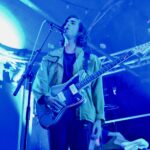 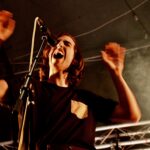 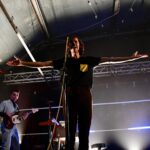 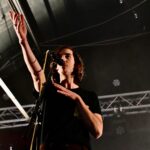 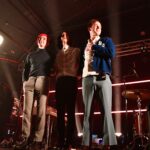 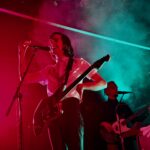 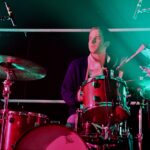 The Coasts at Brighton Music Hall