As a massive inflatable cherry began to be blown up onstage, it was clear to me that Cherry Glazerr was not going to be any ordinary show. The band, headed by front-woman Clementine Creevy, is currently touring their newest album, Stuffed & Ready. They brought their grunge rock sound to a sold-out Brighton Music Hall on Saturday.

Everyone was lined up outside the venue - from families to college students with platform boots and multi-colored hair.

Chatter about the band's history could be heard next to other fans discussing what they hoped to hear played. As someone who didn't know much about the band prior to the show, fans were more than happy to talk about them and fill me in on what I had missed. It was a crowd that was passionate about the band and had a shared love for their music, something that I think helped add to the excitement felt during the concert.

As the room went dark and the twinkling pink and blue lights on stage began to glow, screams of excitement leaped from the audience. As the first notes of "Ohio" landed, the venue seemed to burst with energy, with fans shouting the lyrics and dancing. Early singles, like "Had Ten Dollaz" and "Grilled Cheese" were sing-along hits, while newer songs like "Daddi" were met with cheers and excitement from the audience. The screeching guitars and loud feedback of the band's music were matched in volume by the enthusiasm of the audience.  At one point during the show, an inflatable electric guitar was delivered to the stage from the crowd. This was a welcome gift to the band that showed their base's dedication.

The true star of the show, however, was Clementine Creevy.

As lead singer and guitarist for Cherry Glazerr, she had a presence on stage unlike any other. Creevy showed that she is a natural-born performer, from shredding on guitar, to working effects pedals and interacting with the audience. Within minutes, she went from shouting into the mic and playing crushing riffs during "Sip 'O Poison," to becoming queen of the disco during a cover of LCD Soundsystem's "Time to Get Away." From her performance, I came to understand the pre-show excitement from fans, and the hype surrounding the band.

Overall, Cherry Glazerr put on a thrilling show, one where the energy and excitement of the audience were matched by the band onstage. 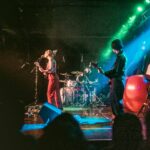 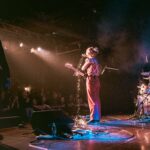 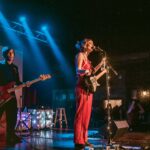 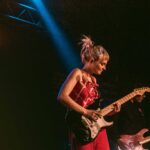 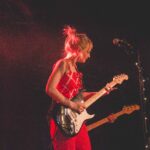 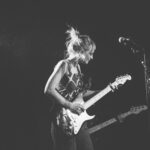 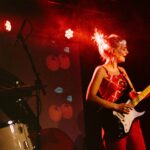 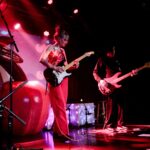 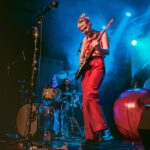 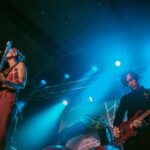 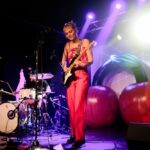 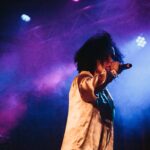 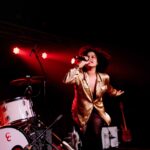