As the lights finally went down an erie cry echoed through the stadium:

"Hello? Is anyone there?"

The same sentiment radiated from the mega-screen in deep red letters. While some may recognize the sound bite from the 1985 horror classic, Day of the Dead, this crowd knows it as the opening bars of "M1 A1" from Gorillaz' self titled album. Despite the track being nearly 18 years old, the crowd immediately began to chant the hook,

The stage boasted an impressive ensemble featuring a six person chorus, two drummers with full kits, two synth players flanking either side of the stage, two guitarists, and eventually a parade of collaborators joining frontman Damon Albarn one by one. Even more impressive was the fact that the stage wasn't the main eye draw.

As Albarn launched into the irresistibly catchy new track, "Tranz," the group's famous cartoon counterparts performed on the screen above the stage.

It was impossible to ignore the adventures of 2-D, Murdoc, Noodle, and Russel. The virtual band's escapades were completely engrossing with their mix of animation styles and surreal situations.

It was fascinating to see how the experimental sounds of Gorillaz was produced live. For several songs, Albarn brought out his melodica -- an instrument which resembled a tiny keyboard that doubles as a breathalyzer. For other tracks, Albarn traded his traditional microphone for a pilot-radio style distortion mic.

The highlight of the night was when hip-hop trio De La Soul joined the band on stage. Band member Masseo took center stage. He worked up every ounce of energy he had, and howled a perfect recreation of the villainous laugh that kicks off the beloved classic "Feel Good, Inc." As soon as the crowd realized what was happening, the screams were deafening.

After a brief break, Gorillaz came back with a six song encore.

Little Dragon's Yukimi Nagano returned to the stage for a performance of the two groups' melancholy collaboration "To Binge." Gorillaz finished the night with the sprawling track "Demon Days," utilizing the sheer number of performers to their fullest. Despite Albarn's insinuations of a hiatus, with a show like this one we truly hope this isn't the last time we see Gorillaz in Boston. 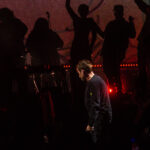 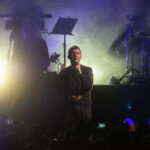 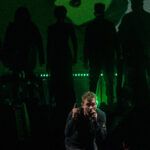 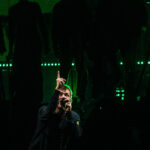 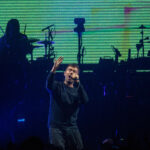 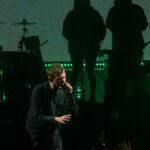 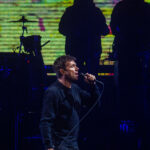