Monday never feels like a particularly exciting day. The start of the workweek, a return to reality, and everything that comes with it can be drab and uneventful. That was far from the case this Monday however, as Bear's Den took the stage to a sold-out crowd at The Sinclair. The British folk rock band is fronted by singers Andrew Davie and Kevin Jones, and are currently in the midst of an international tour in support of their latest record, So That You Might Hear Me.

As 9 o'clock rolled around, the lights cut suddenly, and Bear's Den took the stage.

Neon-tinted lights flooded the room and fog began to flow from the side of the stage. Drum kits, guitars, banjos, synthesizers, and everything in between filled the space. On cue, the audience roared with delight as the band arrived. "Fuel on the Fire" opened the set, a song that showcased the expansive, wide-open blend of folk and electronic that Bear's Den creates. Within minutes, the audience was singing along with the group, knowing every word by heart.

It was an energy that didn't let up through the entire performance.

Combining tracks from their newest album and past songs, Bear's Den showed how their music has progressed over the years. Songs like "Elysium" demonstrated the group's folky beginnings, starting with banjos and guitars before ending with a stunning finish of drums and horns. Other songs, like "Fossils," illustrated the new sound of the group. A blend of synthesizers and drum machines complemented the acoustic instrumentation onstage.

Bear's Den played these songs with an excitement that matched that of the crowd. At one point, Davie told the crowd "we never thought we'd be able to headline a show like this and play here, so we thank you so much!" It was great to see a band be as enthusiastic as the Bostonian audience, and grateful to be there.

The highlight of the show however, was the band's rendition of "Sophie."

A heart-wrenching ballad about a past lover's battle with cancer, the band unplugged their instruments and turned off their microphones to deliver a fully acoustic performance of the song. "And I can't forgive myself/Oh, I can't forgive myself" sang Davie, and one could hear a pin drop as the audience fell dead silent. Once the song was over, audience members could be seen wiping away tears. It was a song that proved how powerful and raw live music can be.

As Bear's Den left the stage, it was clear that they put on a show that audience members would not soon forget. The band conjured a litany of emotions, sounds, and memories that revealed why they have garnered such a loyal fanbase. It was a show that conveyed the best of what live music can offer.

The show kicked off with opening act Vera Sola.

Joining Sola onstage was her drummer, and an electric upright bass player. The trio combined together to play folk music that was equal parts jazzy and haunting. Sola executed her intricate time signatures and complicated guitar riffs perfectly. All the while, the singer commanded her audience's attention. Songs like "Loving, Loving" showed off her knack for clever wordplay while she played effortlessly. It was a great opening to a fantastic night. 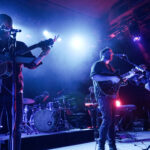 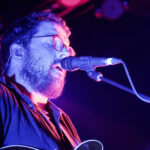 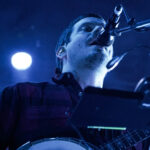 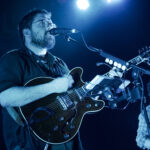 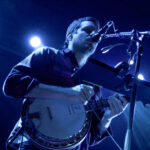 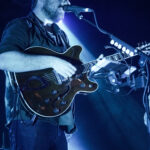