Buoys, Panda Bear's most recent album worked with a very limited set of sounds, with most songs consisting of layered synths, acoustic guitar, and unconventional electronic percussion. The minimalist stage set up had Panda Bear DJ-ing and singing behind a simple folding table.

In the live setting, Panda Bear showed just how far he could stretch those limits. The grooves and the mood varied a lot, despite the limited set of sounds.

The set was tight, concise, and engaging all the way through.

Panda Bear focused nearly entirely on new his new music-something he has built a reputation for doing. While this meant that most fans weren't singing along to every song, it was clear that the show was unique to Buoys.

Panda Bear's unassuming stage presence was in stark contrast to his bold experimental pop sound and its trippy visual accompaniment.

One of the show's highlights was Panda Bear's echoing vocals which gave the electronic music an organic touch. Brian Wilson has always been a clear influence on Panda Bear's vocal style and this live setting really showed that.

Even though fans hadn't had much time to get to know the music before the show, the songs were more than enough to keep fans entertained and satisfied. Panda Bear has also been known to experiment while playing live and this was no exception. He did throw in remixed versions of old favorites "Comfy in Nautica" and "Last Night at the Jetty," though he heavily adapted them to fit the aesthetic of his new music.

The short set was seamless and full of both visual and sonic surprises. Panda Bear left with a simple "thank you," that underplayed how impressive the show really was. 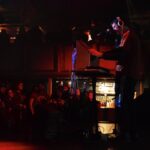 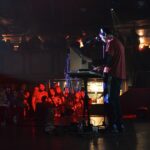 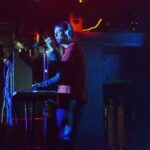 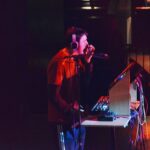 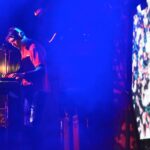 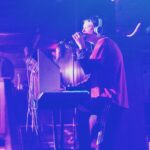 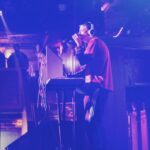 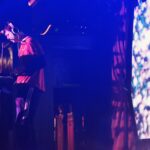 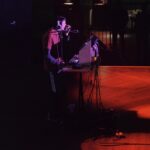 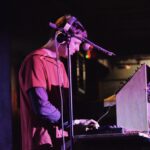 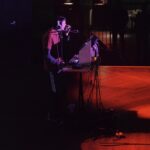