The main room of the Sinclair filled slowly on Friday night, but by Jay Som's first song of the night, the room was packed. Couples swayed to the love songs (it seemed everyone had a partner with them), friends laughed and bobbed their heads, and the space had an overwhelming softness, despite some of the harder songs. This was the second time the band played at the venue, and it was apparent that the crowd was eager to hear them play once again.

Jay Som, a California based band, entered the stage without much notice. They didn't need it-even just walking onstage, Melina Mae Duterte, the lead singer of the group, barely even acknowledged the audience before she started to play. This didn't seem to bother anyone; in fact, it felt as if this was the energy for the entire room. If she'd done anything else, perhaps the space would have felt wrong.

It didn't take long before the audience were visibly enjoying themselves. A couple kissed on the top balcony overlooking the stage, another laughed at jokes in each other's ears, a group of friends bobbed their heads with their arms around each other right next to the stage.

Duterte weighed in on the crowd's energy mid-show.

"You guys are just vibin', huh?" Duterte chuckled at the crowd a few numbers in. There wasn't much crowd interaction, but it didn't feel needed. This wasn't the space for a crazy, rock show tonight-it was space for the low-fi dream-pop that Jay Som specializes in.

But California nights have to end sometime.

By the end of the night, the energy in the room had not dwindled. In fact, even the bar was completely empty: Not a single person seemed to leave the audience the entire show. No one wanted to take their eyes off the stage. Duterte undoubtedly once again brought a California aura all the way to Boston. 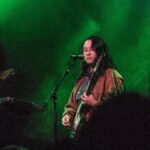 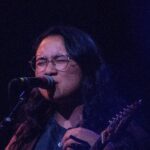 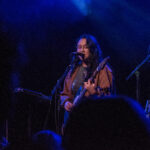 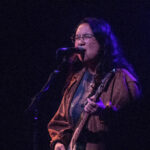