The Best Vinyl Records to Give as Presents 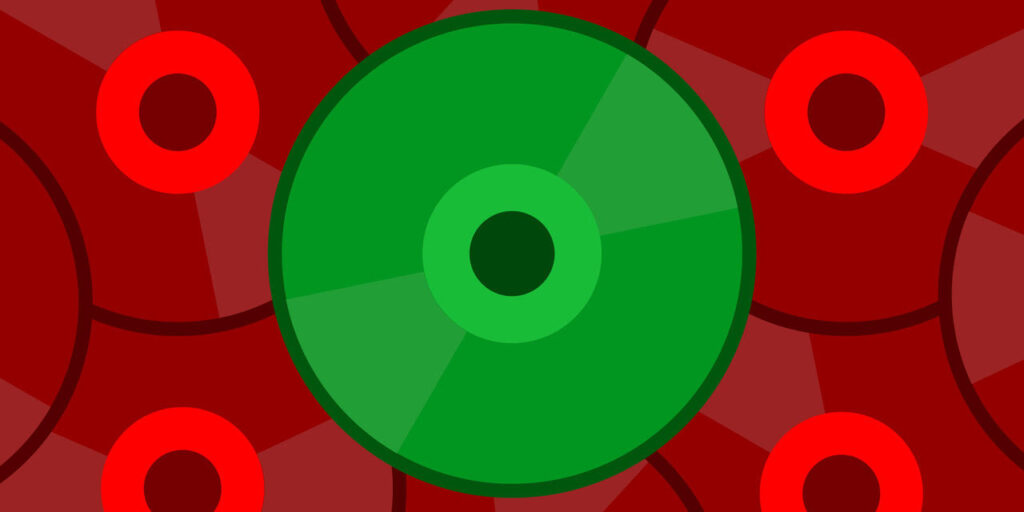 If you're still racking your brain to figure out what to get as a last-minute gift for someone on your Christmas list, you've come to the right place!

Vinyl records make for thoughtful, personalized Christmas gifts. They say to the person, "yes, I know your music taste, and whether I like it or not, I'm choosing to further your love of…whoever this artist is." Many people these days have a record player, because they are making a resurgence with a new generation. And with vinyl making a comeback in almost all retail stores-heck, even Barnes & Noble sells records-they're something quick and easy to pick up.

You can also pick up new records online at Amazon, or you can scrounge sites like eBay for used and sometimes rare-collectible records. Even if the person doesn't have a record player, but loves a particular band, it's also a great idea to buy a record and get it framed for the person to use as a decoration in their house.

If you have absolutely no idea what record to buy, I've compiled a list of ten records that I think would be great for anyone on your list, young or old. They are:

With the release of Bohemian Rhapsody in November, Queen's music has become some of the most requested and listened to the music of this year. This album includes some of their biggest hits like "Radio Gaga" and "I Want it All," as well as some classic headbangers like "The Show Must Go On" and "Headlong." It's a great album to just throw on in the background at a casual get together with friends or to turn all the way up, put your Brian May wig on, and jam out in your underwear. I may or may not be speaking from personal experience.

Gorillaz just recently re-released Demon Days on vinyl after a few years of it being out of production. It includes the smash-hit "Feel Good Inc.," as well as some other electric jams like "Last Living Souls" and "All Alone." It's the perfect mix of hip-hop, alternative rock, and electronic music. You can dance to it, or you can chill to it. All of the songs are also united under a story explained in the track "Fire Coming out of the Monkey's Head." It deals with some dark and eerie themes but is all-around nostalgic and a great choice for a gift.

What I love most about this album is that it is electronic dance music without a lot of the heavy bass that characterizes the trap music of today. It's a great choice for a record, especially if the record player the recipient owns doesn't have great bass. This is a great pick for anyone who wants to bring EDM into the realm of vintage record playing. It includes some of the greats like "One More Time" and "Harder, Better, Faster, Stronger," as well as one of my all-time favorite Daft Punk songs "Digital Love." Discovery has a great mix of solely beats and some lyrical pieces as well, making it a diverse album.

I say grandmother because my Grammy once surprised me by harmonizing with me as I sang "Octopus's Garden" once at a family party. Abbey Road is pretty tame when it comes to subject matter, so it's a great pick for anyone on your list who's just looking for something that reminds them of simpler times. The medley of songs on the B side of the album also sounds great on vinyl, as all of the songs blend together seamlessly into one journey through to the end of the album. This is the perfect album to throw on as you cuddle up by the fire as the snow comes down outside.

No shade, because I am currently drinking my water out of a mason jar. AM is actually a favorite record of mine. With their indie rock vibe, it's like the songs on this album need to be listened to on vinyl. This album has the singles "Do I Wanna Know?" and "Why'd You Only Call Me When You're High?" on it, as well as some slower jams like "No. 1 Party Anthem" and "Mad Sounds." It's the perfect album for a rainy day, or when you're feeling extra hipster-y and want to throw on your 82 flannels and jam out.

Listening to this album on vinyl makes me want to draw three-foot eyeliner wings on my face with a sharpie and go around using my hairbrush as a microphone. It's without a doubt some of Amy Winehouse's finest work, and includes the ultimate 2000s jam "Rehab." There's something so reminiscent about the 50s and 60s-inspired vibe of the album. It's the ultimate throwback for anyone looking to celebrate one of the best voices in music.

There are several editions of this vinyl that actually have some incredibly detailed artwork from the Thriller era on the record itself. What else is there to say? This album includes some of Michael Jackson's best dance jams, such as "P.Y.T (Pretty Young Thing)" and "Wanna Be Startin' Somethin.'" There's also the iconic duet between Jackson and Sir Paul McCartney, "The Girl is Mine." This album has a great balance between slower songs and more upbeat ones, all of which you can dance to.

Upon closer listening of this album and a whole lot of googling afterward, one realizes just how much the drama going on between the bandmates of Fleetwood Mac inspired the songs on this album. Turns out that "Go Your Own Way" was actually written about Stevie Nicks… who knew? On a more serious note, though, critics hail this album as Fleetwood Mac's best ever. It's got that soft rock vibe that just makes you want to sit down, relax, and let the world fly by as you sit and listen.

"Purple Rain" the song, in my opinion, was meant for vinyl. It just feels right for that song to be softly playing in the background on a record player while you stare out of the window in angst like you're in a music video. Just me? This album is also great for anyone in your life who has a flair for the dramatic. Songs like "I Would Die 4 U" just bring out the sassy spirit in everyone. There are also smash hits on this album like "When Doves Cry." And honestly, who doesn't want Prince serenading them throughout their house?

Conversely, for the person in your life who still has side bangs and raccoon eyeliner, Weezer's Make Believe is a great choice. This quintessential album for any recovering emo, complete with singles like "Beverly Hills" and "We Are All on Drugs" is perfect for anyone still stuck in 2005. The lyrics of this album might be simple, but they still pack the emotional, angsty punch that anyone looking to return back to the early 2000s in hungry for.