The 1975 treated their ravenous fans to an emotional show at Agganis Arena accompanied by stunning, kaleidoscopic visuals.

Touring behind their album A Brief Inquiry Into Online Relationships, the band pulled out all the stops, making for an exciting and dynamic show.

Frontman Matty Healy was simultaneously passionate and nonchalant on stage.

He would transition smoothly between a lazy walk around the stage to an enthusiastic, choreographed dance. For someone who always openly grappled with embracing rockstar stereotypes, his switch between a "too cool" persona and a down-to-earth attitude made perfect sense.

Coming towards the end of their tour, the band seemed totally confident on stage. The performances were tight, but the spaces between songs were long, allowing Matty to talk about everything from atheism, to ocean plastic, to gun laws.

While The 1975 isn't a political band per se, their newest music is their most socially aware edition yet.

Songs like the heavily auto-tuned "I Like America and America Likes Me" and of course their socially charged hit "Love it if We Made It" hit even harder live.  Accompanied by towering visuals and Matty's intoxicating stage presence, the power of the songs was turned up to 11.

The show had its charming moments as well.

The heartwarming performance of "Sincerity is Scary" was a clear standout. Healy performed the song while walking and dancing on a treadmill the length of the stage. It was a clever way of mimicking the song's light-hearted music video in which he waltzes down a beautiful city street. The treadmill proved to be a creative way of making the show even more dynamic, as Healy used it throughout the night to move around the stage.

Being unabashedly cheesy has always been one of The 1975's strong suits, and this was clearer than ever in the live setting. Their performance of "I Couldn't Be More In Love" was both the most over-the-top and yet the most tender moment of the show.

To close, the band played an encore of their biggest hits, bringing the energy and emotion in the room to new heights.

During their last song, "The Sound" they flashed quotes from negative reviews on the big screen-once again mimicking one of their music videos. The quotes highlighted what many critics hate, but what fans love about The 1975. Every fan in the room that night was thrilled to be shamelessly singing, dancing, and even crying along to "unconvincing emo lyrics." 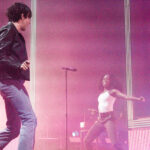 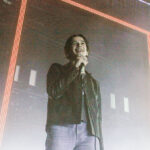 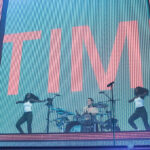 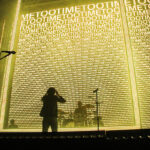 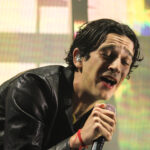 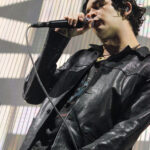 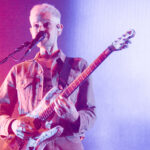 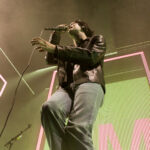 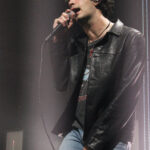 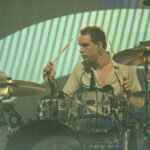 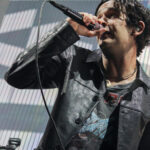 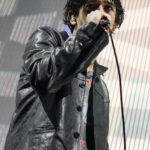 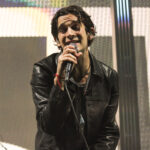