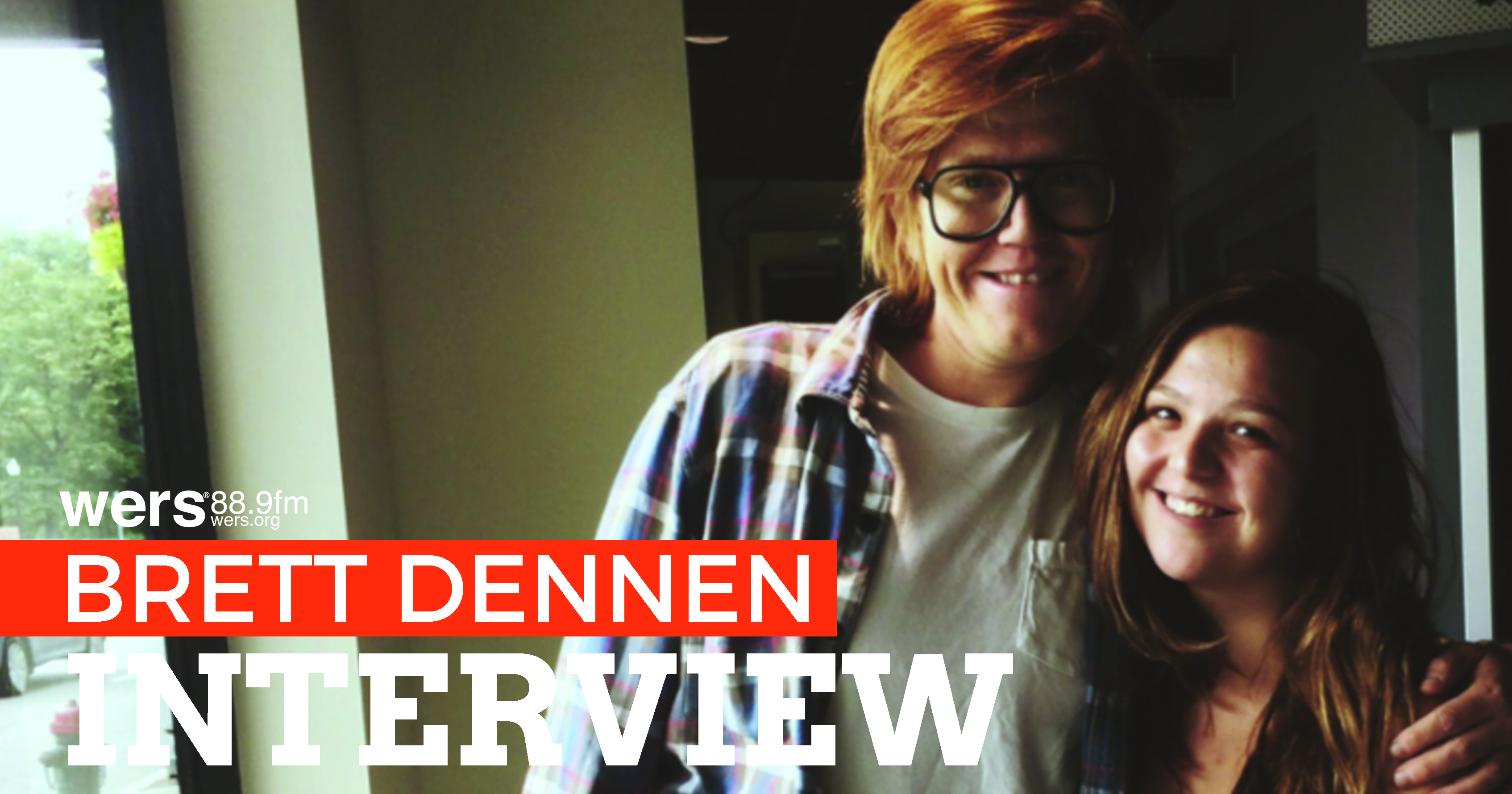 Recently, Brett Dennen dropped by the WERS studio to play a few songs live. While he was there, 88.9's Alex Waters talked with him about styrofoam carrots, good vibes, and one unusual childhood experience they have in common.

Check out the full interview and performance here.

ALEX WATERS: Let's talk a little about some of the stuff you've been up to, including the stuff that you'll be doing in the near future like your tour that you just started a couple days ago. So it has a sort-of vacation theme to it but also a little bit of a conservationist theme as well?

ALEX: Well, some would think that we only have winter here!

BRETT: But when summer comes around, people get into it! And that's the vibe I want to tap into on this tour. And so we're playing for tourists and locals alike, in places like vacation towns with bodies of water where people not only go there to just relax and enjoy the beauty but feel a sense of ownership and environmental stewardship and we're trying to get people outside and take care of the world that they love so much.

I mean, I'll give you an example: so in a few days, I'll be going up to play a show in Maine and then we're going to go clean up some trash on a beach in Acadia National Park. Play a great show, drink some wine, and people feel good about coming together and doing something good for the environment. Have a good show and celebrate and then I hope to do that in every town.

ALEX: Right, so every town has not only a show but also a mission to go along with it.

ALEX: That's a great approach. And then your tour will eventually take you to the Festival at the Farm.

BRETT: Yeah, well that's not exactly part of my Vacationer Tour, but it should be, because it's right there in line with it. I've actually played on the farm before when it was the Life is Good festival.

ALEX: Right, a few years ago?

BRETT: That was in '11, I believe. So it's at the same place but what makes this one different is incorporating more the farmer's market, farm-to-table. There's actually a big farmer's market at the site, so come, listen to music, support local growers and farm-fresh food, none of that factory, styrofoam food that we call "carrots."

ALEX: [Laughs] No styrofoam carrots, and some real authentic music too, huh?

BRETT: Right, and it's all good vibes too, it really is.

ALEX: Awesome, so that's coming up in September.

BRETT: Yeah, that's the weekend, the 16th and 17th of September.

ALEX: Awesome. So yeah, it's going to be a good time, we'll be sending our own team down there to enjoy the good vibes and soak up some music.

ALEX: So when I was doing some research about you - 'cause you know, you're kind of a big deal, I suppose…

BRETT: I'll tell you, the biggest effect it had on me is it helped me be comfortable as an artist and identify as an artist. I think, like a lot of people, I was born with a desire to create and be creative but that wasn't squeezed out of me in a situation where I'm constantly being compared to or comparing myself, at least, to other kids. So I spent a lot of time in my room, drawing and just goofing around with paints and I started considering myself an artist at a very young age.

But homeschooling also allowed to spend some time and energy, focusing on a certain project, whatever I was working on, and I think that really helps with songwriting. Because songwriting can be tortuous and laborious at times and you really have to stick it out. And sometimes it's easy and you're fully inspired and songs just come pouring out of you and other times, it's work and you have to work really hard to make it feel effortless and labor-less. And so I think I've been able to be really stubborn about it and I think that's something I cultivated in homeschool.

ALEX: Nice! So you've been an artist for a while then, for sure, and you've got a really nice elephant drawing that you did yourself on your guitar!

ALEX: So you're a sketch artist and a musical artist, the whole package. That's awesome.