Performing on the Green Stage at Boston Calling can be a difficult task,

considering it's the largest stage of the festival, and attracts a huge portion of both fans and casual listeners to it with every show. However, this didn't seem to phase Massachusetts native lo-fi singer Clairo, aka Claire Cottrill.

As Clairo began her first song, swaths of people crowded around the stage, rocking out to the beat of her chill, mystifying opener. It felt like every person was there just for her, and wasn't holding a barrier spot for a later band.

After playing a few songs, Clairo told the crowd that she attended Boston Calling ever since it started, and that it was both an honor and an exciting time to be the one playing the show now.

It was the middle of the afternoon.

This meant the sun was at its peak and there was little shade to be found-everyone in the crowd was jumping, dancing, or jamming out. Clairo's performance was both an energizing lift in the mid-afternoon, but was also a relaxing, chill performance to watch after the craziness of the morning rush.

Clairo interacted often with the audience, either laughing with the front row, or asking everyone to dance along with her to some of her more upbeat hits. At one point, a fan threw a bag of Cheetos onstage, apparently in an effort to get Clairo to play her song "Flaming Hot Cheetos," which got a laugh out of her.

During one of her slower songs, everyone in the audience proceeded to sway with the music.

It made everyone look like a sea of bodies working together to show just how much they were appreciating Clairo's music.

She also played her newest single, "Bags," which is off of her upcoming album Immunity, for the first time. The song were beyond well-received by the crowd, with everyone giving her a huge round of applause afterward. 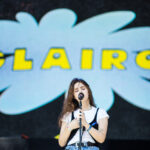 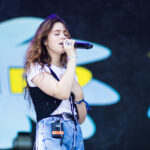 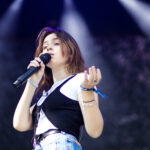 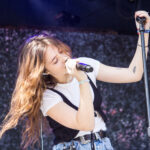 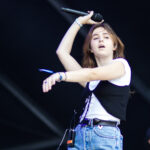 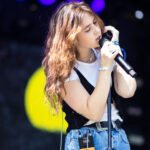 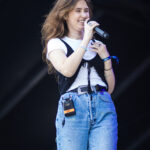 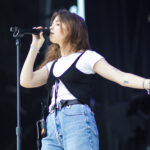 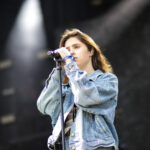 The Front Bottoms start their first Round of Festival Tours

Mitski Lassos Your Heart Into A Saloon Packed With Emotions