The band came out in full force, with clothes reminiscent of the '70s age of rock and energy like no other. Lead singer Josh Kiszika's vocals were powerful and raw. Needless to say, he didn't hold back, and wasn't shy about absolutely letting his voice rip during some songs.

The crowd was also incredibly energetic, having waited all day to see the band take stage.

With the rainbow colored Ferris wheel as the perfect background, the band played for a whopping hour and fifteen minutes. The screen projecting their performance was in black and white, adding to the old time feel of the show.

The rest of the band also gave a great showing. There was a rib cage- rattling drum solo, as well as some electric guitar parts that ripped through the sound barrier of Harvard athletic complex.

Halfway during the set, Josh Kiszika spoke to the audience about how music is a celebration. Also, in old time rock and roll fashion, he threw two single white roses out into the audience, which delighted the fans. 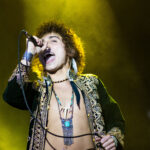 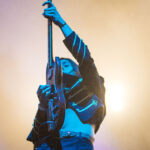 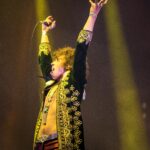 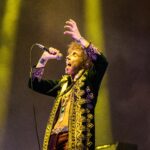 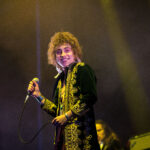 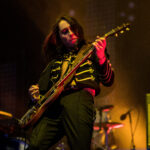 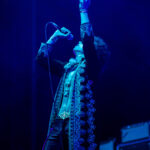 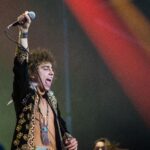 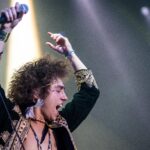 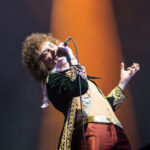 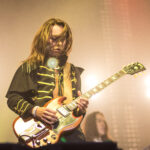