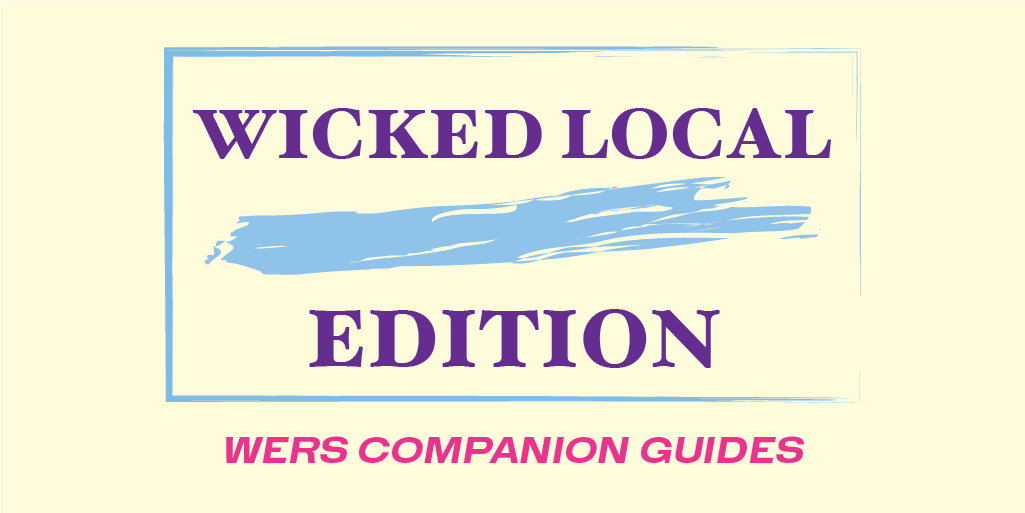 In honor of 617 Day, we decided to shake things up a bit for this week's edition of WERS Companion Guides. Our student and professional staff dug through the playlists on their phone, dusted off that old record collection, and cranked up the radio to pull together a list of our favorite "wicked local" artists. From internationally touring bands to small-town rockers, these musicians represent just how diverse and vast the Boston music scene really is. We hope you'll help us in showing love to these artists and so many others this 617 Day.

Oopma's 2019 album Cleo is one of Boston's most skillful and empowering hip hop albums yet. She shows off major range with boastful bangers like "Cleo N 'Nem," - alongside another great Boston emcee Brandi Blaze - to personal and revealing moments like "Joy Back," where Oompa raps about finding her way out of her darkest depths. Her album release show last summer drove home the community and family-oriented energy on Cleo. Even though the album had come out only days before the show, the crowd came ready to sing the songs right back at her, showing the scale of Oompa's resonance.

Self-proclaimed as "Boston's Ambassadors of Funk," Ripe is a seven-piece jam band who also draws musical influences from jazz and soul. The band met at Berklee College of Music within just a few weeks of school starting and have been making music together ever since. I got the chance to see them at one of their annual Valentine's Weekend shows earlier this year and was immediately amazed and enamored with the group. Everyone there relentlessly danced for the entirety of the show, including the band. They have charismatic energy and a closeness within their fanbase that I've never witnessed before. I instantly felt at home, free, and alive watching them perform their groovy dance tunes.

Shea Rose is a master of breaking genre barriers, all while creating the most powerful music possible!  I love how she always keeps you on your toes with the style of her tunes. I also dig the instrumentation she uses on some songs, like soul-funk organs and wah-wah guitars. The way she combines rock, hip-hop, and other styles is simply amazing. She's a Berklee alum, a musician, and an activist!

This Northeastern student found indie success and acclaim with her 2017 album No Dogs Allowed. Her sound is unassuming, defined by simple drum machine patterns and twangy guitars. Her songs are filled with DIY charm and tender lyrics which made her the perfect opener for Mitski in 2018. The album also won her a well-deserved Boston Music Award for album of the year.

Favorite songs: "Imposter Syndrome," "Not but for You, Bunny,"  "Presumably Dead Arm"

Guster formed in 1991 when the three founding members met during their freshman year at Tufts University. Their music spans from alt-rock to almost folk-like, with lots of unique instruments and sound effects. Their music is quirky and cool and I love it! I first found out about Guster when I reviewed their concert for WERS and I was wowed instantly. Their music is feel-good and lead singer Ryan Miller can hit beautiful, soaring high notes. Guster is an absolute must-listen for anyone looking for a groovy, weird, awesome, collection of songs.

Check out our Boston Calling Show Review of Guster here!

One of my favorite parts about the Boston music scene is the plethora of pop-punk/punk rock bands there are, and Champ. tops that list for me. I had the pleasure of standing in our live mix studio while Champ. played right in front of me. My eardrums were blown, and my heart was full. I've been hooked on their music ever since. Lead singer Mary Schwegman's bright, smooth vocals, overlaid with electric guitars and bass (by Jasper Fleming and John McIntyre) reminiscent of the early 2000s pop-punk is the soundtrack to my life. Dakota Maykrantz is also a master at the kit and keeps things fast-paced and fun. They only have one EP out so far, About Last Summer, but I've been playing it on repeat ever since its release. Can't wait to see what these guys do next!

Favorite songs: "Seeing You," "Nina," "Fight Like a Girl"

After Nirvana released Nevermind, Kurt Cobian told Rolling Stone, "I was basically trying to rip off the Pixies." While the Amherst band doesn't get the widespread acclaim of Nirvana, it's clear that at least a portion of the Seattle grunge sound can be traced back to UMass. There, singer-songwriter Frank Black and his roommate, guitarist Joey Santiago, posted an ad asking for bandmates who were into Husker Du and Peter Paul and Mary. In response, bassist Kim Deal joined and brought along drummer David Lovering. When they started, none of them could really play, but they had enough style to carve out a punchy, often unhinged, loud-quiet-loud sound that would greatly exceed the band's humble beginnings.

Check out Owen's Artist Profile on the Pixies here!

Favorite Songs: "Where is My Mind?" "Alec Eiffel," "Debaser"

This Boston based rapper - a professor at Berklee College of Music - is a staple in the Boston hip hop scene. He uses his voice to tackle political issues head-on. Focusing on the experience of Black lives in society, Cliff Notez's music is important. It's intimate - It's a look inside of his mind at the world around him. I think an artist like Cliff Notez is exactly who should be recognized in the music scene because good music with meaning makes the world go round.

I can't! I won't! Here are 5: Galaxie 500 (shoegazing 90s icons), Project Method (MC troupe from East Boston, all still in high school), Tracy Chapman (Tufts alumnus whose big break came from busking Harvard Square), Lula Wiles (Berklee-formed folk trio who tackle everything from colonialism to maddening 2 AM texts), and Sidney Gish (master of the loop pedal and likely our next major breakout star). This is just the surface! There's music being made literally everywhere in Massachusetts. Seek out your own, and tell us what you find! Oh, shoot.... did I leave out Troll 2? That makes 6! Happy listening!

Visual artist David DiAngelis records under the stage name Helenor. His music reminds me of a fusion of Peach Pit and Beck, with waves of dreamy, euphoric indie-pop washing over it all. I was first introduced to Helenor (and quickly became a fan) when David stopped by last fall to play a live mix for Wicked Local Wednesday. Watching and listening to him perform such vibrantly innovative songs radiated this feeling of warmth I will never forget.

While bands like Nirvana were quick to imitate the Pixies' iconic sound, Dinosaur Jr. is an Amherst band that cannot be copied. J Mascis sings within a guttural moan over noisy, erratic, and off-the-cuff guitar playing. With songs that burst at the seams with energy and attitude, they are experts at catching lightning in a bottle. For Dinosaur Jr, imperfection is a virtue, and volume is a necessity.

Liam Anastasia-Murphy debuted his EP These Days earlier this year under the moniker Surnames. The Gloucester native makes indie-folk and rock music. Surnames is an outstanding artist to me because his songs are so organic. Plus, his voice is powerful, yet soft. All it takes is one meek note for you to know what he sings about.

Check out our interview with Surnames here!

My favorite local artist and probably my favorite performance in our Live Mix Studio is Otter. The Boston-based, dreamy folk-rock duo - made up of Donna Vatnick and Jason Kimball - came out with their debut EP, Midwinter, last December, named after any New Englanders' least favorite season. However, the combination of Vatnick's delicate vocals, Kimball's heavy guitar picking, and atmospheric synths (with occasional bird sounds) honestly makes it really hard to dislike the dreary Boston midwinters! The two play perfectly in sync with each other, much like their description of themselves: "two melodic, buoyant mammals sifting for meaning in a vast sea." I think Otter deserves so much more hype, and I can't wait to see what they put out next.