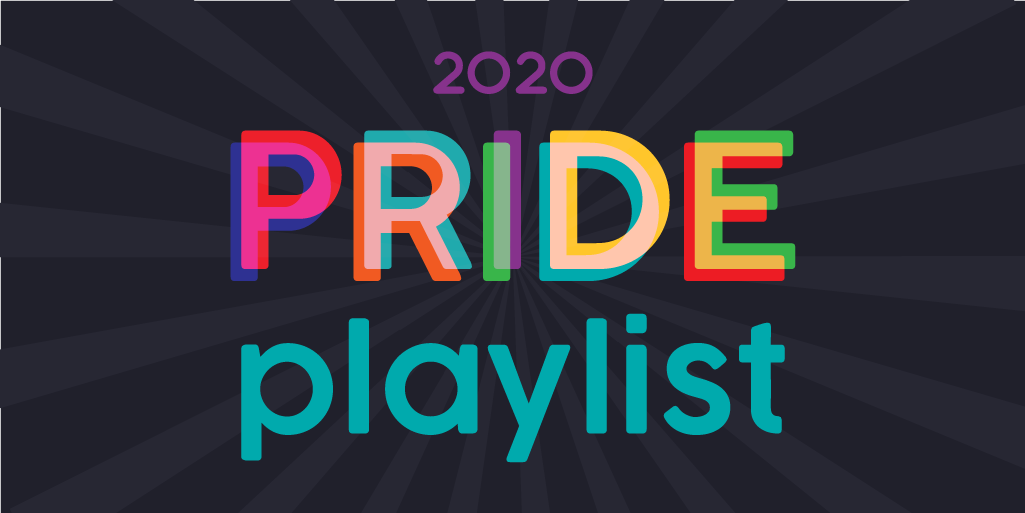 Even though this year's Boston Pride Parade has been canceled because of the pandemic, we can (and should) still celebrate pride month. Luckily, we have the rest of June to reflect on all the LGBTQ+ community has accomplished in the fight for equality. Queer people are constantly propelling the world forward, inspiring others to take action, and promoting inclusive, fair values for all people. Amidst the national unrest in the wake of recent racial injustices, now more than ever before we stand with all of those fighting for equal rights.

The music world has played an impressive role in this movement. Queer artists are consistently proving to be a dominating force and an influential voice in pop culture. Every day these musicians are progressively making all sexualities and gender identities visible and normalized. Music is where queer culture meets a mass audience. From Little Richard to Elton John, the queer community continues to use music as a platform for not only speaking out against discrimination and injustice, but also to celebrate their triumphs and individuality.

Pride Month is the time to celebrate love and identity in every form. We've pieced together a pride playlist that'll keep the party going for the whole year. It's packed with new queer anthems, iconic and undiscovered LGBTQ+ artists, and some oldies but goodies. So, raise a rainbow flag, crank up these tunes, and get ready to dance. These are the voices that need to be heard.

We're massive Brandi Carlile fans here at WERS, so of course, I immediately added her to this playlist. I don't think I had a choice - She's just so incredibly talented. Last year, she was the most-nominated female artist at the Grammy Awards. That's really impressive for anyone, let alone a gay mom in her late-thirties who lives on a farm. She gives hope to the queer community and kids in small towns. With her newly expanded platform, she has become a strong, influential advocate for and example of the power LGBTQ+ representation has in music.

Brandi consistently creates such stunning, awe-inspiring songs that become instant classics. No one can write as many intensely passionate power-ballads as her. I think her folk-influenced rock track "The Story" acts as the perfect example of how to build up the intensity and emotion in music. She starts slow and simple with an acoustic guitar and varying vocal inflections to create her signature elegant sound. The energy heightens as she starts belting the melody, and an electric guitar plays and develops into a brief solo.

"Walking With a Ghost" - Tegan and Sara

As twin sisters who are both openly gay, Tegan and Sara have become significant voices and role models in the LGBTQ+ community. They even started their own foundation that fights for healthcare, economic justice, and representation for LGBTQ+ women and young girls.

This Tegan and Sara jam is such a simple yet captivating song. Every listen seems to drive me to the same, inescapable fate of continuously pressing the repeat button and hoping the song lasts a little longer."Walking With A Ghost" sounds as though it belongs to a summer afternoon party. It exudes warmth as an acoustic guitar strums a breezy, upbeat riff before an electric guitar takes over. This track will have you singing along before its two and a half minutes run out. I promise.

In a Billboard article, soul singer Shea Diamond detailed how she found her voice as a songwriter in men's prison. Since she was a child she identified as a girl but was always punished for it. As a teenager, she ran away from home, and at 20 she robbed a convenience store because she was desperate to fund her gender-affirming surgery. Behind bars, she crafted and refined the voice and style we hear and love today. After her release, she dedicated her life to trans activism in life and music, lending great support to the queer black community and beyond.

Shea brings the power with this track. A bluesy guitar riff cuts open the song as she matches her voice to the melody. Kicks and claps comprise the percussion, adding a groovy element that hooks you in. All of this happens before she even begins singing. It's amazing. There are so many thoughtful and important lyrics; I had trouble picking just one I wanted to share. She adds a dash of raspiness to her already striking voice for this next line, which makes it even more special. She belts the words, "Never asked for no one's philosophy / it's obvious I'm proud of me." Every aspect of the song - the catchy guitar riff, memorable word choice, and modern blues production - enhances the message with a wave of empowerment. It's a fierce anthem dedicated to those who feel shunned for simply existing as themselves.

Frontman Michael Stipe has never pretended to be someone he wasn't. He publicly came out as queer in 1994 but has said if fans didn't figure that out before he announced it, they weren't looking closely. You probably already know the Grammy Award-winning jam "Losing My Religion." If you don't, where have you been for the past thirty years? This track's unquestionably my favorite song from the alt-rock band. It's a sullen, mandolin-fueled tune that Michael says is about having a crush. However, some fans believe that this iconic tune is about an LGBTQ+ person contemplating coming out. They cite lines like "every whisper / of every waking hour / I'm choosing my confessions" and "consider this the hint of the century."

Orchestral strings softly play behind simple drums, a catchy mandolin riff, and lead singer Michael Stipe's somewhat monotone voice. Even though the vocals aren't especially melodic, the song is extremely captivating and memorable. It always seems to get stuck in my head after every listen.

What pride playlist would be complete without LGBTQ+ icon King Princess? I'll answer for you - none. Her debut single, "1950," isn't just another delicately catchy pop anthem: It exemplifies artistic depth.

The lyrics pay homage to those before her who couldn't show their queerness in public spaces. They detail the way queer people had to hide their love throughout history. She cleverly analogizes how queer love in public settings used to appear as cold and distant, as unrequited love.

As a gay Black man, singer Kele Okereke led what some called the "quiet queer revolution of indie rock music." At the beginning of the band's career, Kele was told it would be hard to find success since the genre was predominantly filled with straight white males. He and Bloc Party were quick to prove everyone wrong with charting albums and sold-out tours. He wrote this experience made him realize fans never had a problem with the color of his skin or his sexuality - Instead, it was white male rock journalists.

"Banquet" makes it feel as though I stepped right back into the early 2000s. If you haven't heard this song before, think Arctic Monkeys' first album, with a slight hint of pop and dance elements. Two guitars bounce back and forth, their chords creating the riff that carries the tune and makes it irresistibly catchy. I think it's actually impossible to listen to this without at least bopping your head along. With its bright, upbeat nature, it proves to be an instantly snappy and essential song to add to your everyday playlist. If you're feeling especially nostalgic, check out the music video for this song too. Featuring emo-influenced fringe haircuts, worn-out Chuck Taylors, and black-and-white editing with added pops of color, it fully captures the ultimate 2000s vibes.

Listening to this track will put a smile on your face. I guarantee it. The pop-folk song embodies and radiates the feeling of freedom, happiness, love, and acceptance. It begins with a bubbly, upbeat acoustic guitar and handclaps before Ryan Cassata starts singing.

Throughout the track, Ryan reflects on his experience transitioning from female to male and how that transformed his relationship with this dad from being his daughter to being his son. In the chorus he sings, "I didn't change who I am / I've always been a man / Still it changed your world / but Dad I'll always stay your little girl." It's an ode of reassurance that explains how transitioning doesn't change who he is as a person. Even though he is no longer his dad's daughter, he still is the same person his dad has always known, which is his little girl. The overall homey feeling of the music, paired with these wholesome lyrics, is beautiful and uplifting.

"I Want to Break Free" - Queen

Wrapping up the playlist is the bisexual king - from the band Queen - Freddie Mercury. He's inarguably one of the most known LGBTQ+ musicians in history. Despite not being outspoken about his sexuality, Freddie never tried to conform to heteronormativity to appeal to a mainstream audience, and he didn't need to! Freddie expressed his queerness in his appearance, music, behavior, and performances. Onstage, he constantly pushed boundaries and worked to dismantle societal and gender norms. He wore leotards, tight shorts, and angel-wing cloaks that brought queerness into the spotlight.

The classic rock jam "I Want to Break Free" has everything that makes Queen's music so recognizable and fun. Orchestral strings peacefully open the song before Brian May's wailing guitar takes over. Synths join in and Freddie Mercury's distinct voice carries throughout the tune before being joined with vocal harmonies in the chorus.

This song feels like freedom, with its signature guitar solo and iconic music video that features the band in drag. Mercury wears a pink top and black leather skirt as he "Hoovers" and dusts an English-looking living room. May is in curlers and a nightdress, bassist John Deacon is dressed as a grandmother, and drummer Roger Taylor is a schoolgirl. From the setting to the dress, the band was actually creating a parody of the popular British soap opera Coronation Street.

The Alternative Sound of Summer 2020