Pick of the Week: Alvvays “Pharmacist”

After five years without a release, the band Alvvays burst back onto the scene July 6th with their newest single “Pharmacist.” The song is a bombastic breakup anthem with a special twist of timely acceptance.

After forming in 2011, this Canadian shoegaze collective stole the hearts of listeners all over the globe. Alvvays topped US College Charts with their self-titled debut album in 2014. Composed of Molly Rankin (lead vocals and guitar), Kerri MacLellan (keyboards), Alec O'Hanley (guitars), Abbey Blackwell (bass), and Sheridan Riley (drums), Alvvays has been consistently renowned by critics for their hazy, dream-like and highly textured sound.

Even after taking a five year hiatus due to unforeseen circumstances, the band remains a staple in many loyal listeners’ regular playlist rotations. Regardless of what the past five years have brought the band, it is an undeniable truth that the world will be hearing a lot more from Alvvays within the coming months.

THE SOUNDSCAPE OF “PHARMACIST”

Alvvays is back at it again, bringing their classic raucous sound to the table with the release of “Pharmacist.” The band revives their classic, gauzy shoegaze arrangements with this track, re-earning their titles as the rightful rulers of the ‘jangle pop’ genre.

“Pharmacist” is abundant with the band’s trademark distortion and fuzz, topping it off with the lightness of Rankin’s wispy vocals. Though, the track is no mere mimicry of the band’s past musical stylings, but rather a sign of Alvvays’ ever-growing sonic influences and technique.

While taking five years to mature was definitely unplanned, it proved to be a blessing in disguise for the Canadian project, as they sound more confident than ever within the two-minutes of this track.

Alvvays sing to an ex-lover — reminiscing upon all of the good times that they had. The lyrics go, “We volunteered, local center off the highway.” The thoughts following those brief moments of reminiscence lack the usual bite and bitterness that is typical to a breakup song, as the band chooses to accept that it is perfectly normal to fall out of love. Rankin sings: “You know it happens all the time, it's alright. I hear it happens all the time.”

The band’s lyrics come marked by a certain maturity that develops only through lived experience. And thus, with this track, Alvvays effectively encourages listeners to ‘live and let go,’ — to accept that life does move on, and to embrace the fact that even if heartbreak might be painful, “Pharmacist” will forever be there to help them feel a little less alone.

WHAT’S NEXT FOR ALVVAYS?

The band has been busy writing and experimenting over the past five years. They will be releasing their newest record, Blue Rev on October 7th, via Polyvinyl (on which “Pharmacist” is the first track). In addition to news of an upcoming album, Alvvays has announced a fall tour across the US, with a stop in Boston on Friday, November 18th at Roadrunner. 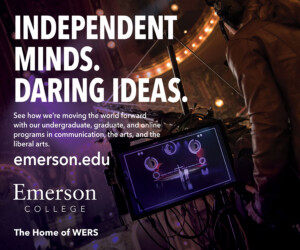