In a recent Instagram post, Twin Shadow described "Johnny & Jonnie" as a "Caribbean punk western anthem." While it may seem like an impossible combination, the description is rather on-point. Twin Shadow explores this captivating new sound in his latest release.

The song's music video may playfully give the appearance of a four-piece band, but Twin Shadow is actually the solo project of George Lewis Jr. Lewis was a Boston-based musician for several years as part of the band Mad Man Films. As Twin Shadow, he's put out four albums, the most recent of which being 2018's Caer. Now, he's back with his first release of the year.

"Johnny & Jonnie" is a laid-back, feel-good song. It begins with a reggae-like sound, inspired by his Dominican roots. Lewis plays a wide range of instruments, from guitar to keys to drums to the saxophone. "I look good in sunlight" he sings, starting the lyrics with a self-empowering tone. The song was inspired by 1970s photographs of two teenagers near El Paso, Texas shot by Danny Lyon. Through the words, Lewis paints a story of the pair making their way to New Orleans for a better life. At the end, he repeats "Johnny rock, Jonnie Roll, Johnny's taking care of my soul." Twin Shadow leaves listeners with the encouragement to do what's best for the soul.

While it hasn't been officially announced, many are speculating that "Johnny & Jonnie" is the lead single off a new album. For now, we can only hope that Twin Shadow will continue exploring this new summery sound.

WERS Sits Down with Johnny from Dhol Foundation

Pick of the Week: Sharon Van Etten and Angel Olsen “Like I Used To” 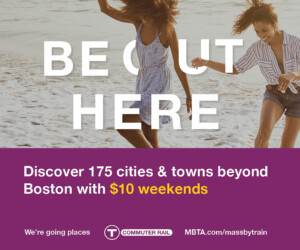