Josh Ritter Brings a Wholesome Night of Americana to the Wilbur

Ritter's newest record, Fever Breaks, is produced by Jason Isbell and features Jason & his band, The 400 unit. On tour, the singer performed at the Wilbur Theater.

The most striking thing about his performance wasn't the heartfelt storytelling, or the tight musicianship. Instead it was his visible and contagious joy. During the more high-energy moments of the show, he would hop to the beat, playing off the energy of his fellow musicians. During the more mellow moments of the night he was relaxed, but beaming nonetheless.

Instead, the setlist weaved between Ritter performing solo with his acoustic guitar, and together with his accompaniment. The band was made up of Zack Hickman on bass, Sam Kassirer on keys, Josh Kaufman on lead guitar, and Ray Rizzo on drums.

One of the show's most endearing moments came after Ritter played a few solo songs and the band returned to the stage. Instead of playing in their normal positions they picked up their instruments-Kassirer switched from keyboard to accordion- and played together in a circle. Each member of the band matched Ritter's joyful energy as they danced and performed to their heart's content.

The audience was clearly receptive to Ritter's positivity.

There was hardly a person in attendance who wasn't smiling and singing along when the music called for it. And when Ritter played acoustic ballads, the crowd hung to every word. Ritter's clear and precise vocal delivery made concerts the less exciting just as engaging. "Temptation of Adam" was one of the highlights of his performance. It told the story of a young and in love couple who face the imminent possibility of apocalypse through World War III.

Ritter closed his encore with a performance of "Homecoming." It was so heartfelt that it was easy to mistake him for a Boston native actually coming home.

At the end of the night, Ritter wished everyone a good night and safe travels home. After such a compelling and friendly performance, it was easy to tell that he meant it. 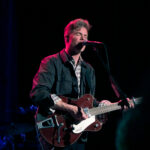 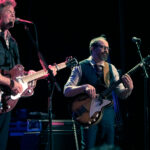 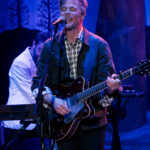 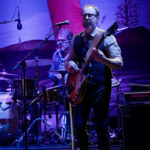 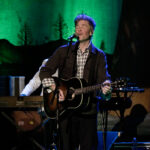 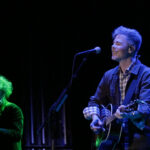