What happens when an entire performance has the energy, excitement, and fun of an encore? At a sold-out show at The Sinclair this past Sunday, Charly Bliss gave an answer to that question. Many concert-goers would agree that you have to stay for the encore. It's when the band brings out their biggest hits, has the most fun, and when the audience is the most energetic. While the encore is usually only two or three songs, it's the anticipation and payoff that makes it special. The four-piece band from Brooklyn, NY are in the midst of touring their newest record, Young Enough. They brought their signature blend of 90's garage rock and synth-pop to a crowd that was eager to hear them.

While the rest band was dressed in all-white, front woman Eva Hendricks came out in a dress comprising entirely of bright pink feathers. Within seconds, the band showed why they are an incredible live act. Starting their set with "Blown to Bits," the opening track from their latest album, every member of the band performed with an energy that immediately radiated into the audience. The song's tension grew and grew until it unleashed when the band switched into "Percolator," a ripping, explosive song that had audience members jumping along and screaming the lyrics. Charly Bliss showed they were a force to be reckoned with just two songs into their set.

The band's energy never let up through the night.

Charly Bliss was thrilled to be playing The Sinclair, and shared their gratitude throughout the night. "We opened here for Tokyo Police Club two years ago, and now we're playing a sold-out show! Thank you so much!" said Hendricks before dedicating "Heaven" to the audience. The rest of the night had the audience jumping, head-banging, and shouting. Songs like "DQ" brought the audience into a frenzy, clapping along and screaming the lyrics. Hendricks herself was as energetic as the audience, thrashing and leaping to the music as much as the fans below her. By the time their newest single "Chatroom" came around late in the night, it seemed there was no limit to Charly Bliss's capabilities onstage.

After almost an hour performing, it was time for the band's encore.

When every song has the excitement and energy of the encore, what could Charly Bliss do the cap off the night? Within seconds the audience knew the answer - a cover of Mr. Brightside by The Killers. "Lets go nuts!" yelled Hendricks, and every audience member happily obliged, shouting the lyrics at the top of their lungs. It was a testament to the power of Charly Bliss, taking a song that is ubiquitous, and making it utterly their own. 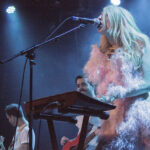 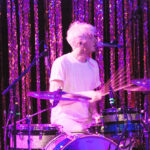 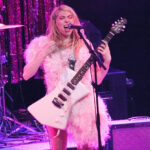 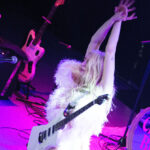 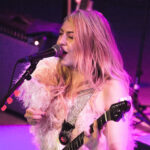 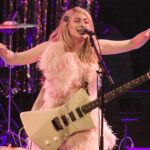 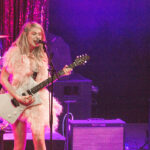 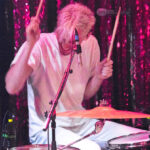