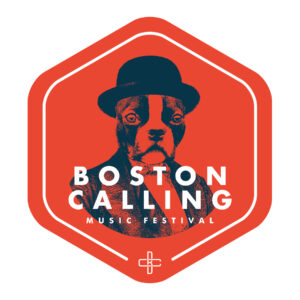 Since the release of the Grammy nominated “22, A Million” last September, I have been craving to see just how the band will translate the new sound into a live performance. The electronic and soul influence made the album a standout piece of my music collection the last few months, and the band already has a reputation for unforgettable live shows. The band has also made a point to bring out featured artists during their festival performances, so I can only think that their upcoming set at Boston Calling will feature a few friends.

Tool? Headlining Boston Calling? That’s right folks! Rumors have been circulating around the prospects of a new album from the Los Angeles based progressive metal band, so I am hoping for a taste of what they have been working on since they last put out a record in 2006. While their style may not quite fit in with fellow headliners Chance the Rapper and Mumford and Sons, I expect Tool’s performance to be a perfect cap to a weekend jam-packed with both legendary and up and coming artists. Dust off your denim and get ready for some headbanging, because this will be a can’t miss performance that will help jump start their 2017 North American tour.

For the last four years, Boston Calling has called City Hall Plaza home. The urban landscape made for a truly unique setting to see your favorite band perform. There was something special about standing in a crowd of thousands of people all watching a world class act perform, and looking around 360 degrees to see beautiful Boston skyscrapers. However, the old venue certainly has its shortcomings. It lacked shade, at times felt cramped, and the surrounding buildings made for a nasty echo-effect causing the acoustics of each performance to be a bit dicey. While the old venue was cool in its own way, the environment always made Boston Calling feel different from other major festivals like Lollapalooza and Bonaroo. The new location at Harvard’s Athletic Complex will open up the air for festival goers, and give artists the ability to go bigger with their sound.

4. The Comedy Line Up

While I was originally looking forward to Natalie Portman’s film experience at the festival (typical Emerson student), the all star list of comedians appearing at Boston Calling will be just as good if not better. The comedy portion of the festival will be hosted and ultimately headlined by award-winning actor and comedian Hannibal Buress. Lamont Price, Pete Holmes, Nick Chambers, and others will also be bringing the laughs to Boston Calling.

It has been a long time since we have seen the Manchester UK band in Boston proper. Last time The 1975 came into the city limits, singer Matt Healy had rather public breakdown during their set at the House of Blues. However, the band and Healy have since moved on from their days as budding rock stars. Their 2016 album “I Like It When You Sleep, for You Are So Beautiful yet So Unaware of It” impressed fans and critics alike, and has been a major title in an explosion of 80’s influenced alternative rock. Their headlining show in Lowell last summer was hands down the best live performance I saw all year. I can only imagine that The 1975 will bring an equally impressive light show and sound to their second appearance at Boston Calling.

My favorite part about Boston Calling this year is that for every artist playing that I know and love, there is another who I am just now getting into. I’m looking forward to seeing Car Seat Headrest for the first time on Friday. Strand of Oaks will also be playing Boston Calling for the first time. I have become obsessed with his most recent album Hard Love, and I think the Boston crowd will feel the same after the set Saturday afternoon. Remember that while the festival is great for watching your go-to bands play headlining sets, it is also a great chance to discover new favorites along the way!

In addition to everything listed above, I expect this to be the biggest and best Boston Calling we have seen since its inception in 2013. I am ecstatic to see Tegan and Sara perform. They were my first ever concert over a decade ago, and seeing them play a festival like Boston Calling will be a phenomenal experience. Performances from Cage the Elephant, The XX, Weezer, and dozens of other WERS favorites will make this year’s festival a truly historic weekend of music in Boston.

‘Playing’ It Forward at Rosie’s Place