Playlist: Songs to Clean to 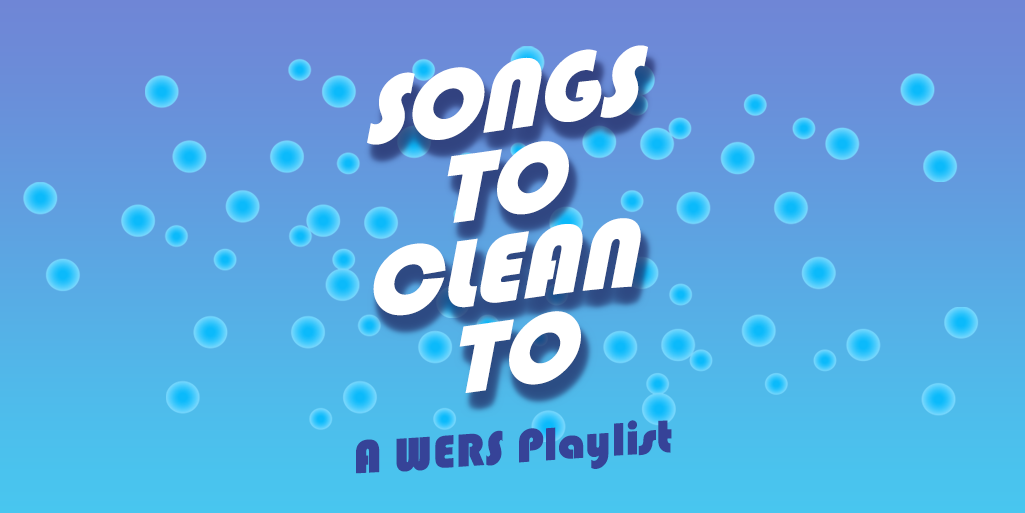 To beat COVID-19, we're all staying inside our homes. While everyone is in quarantine with not much to do (other than work), you might notice your home needs some cleaning - especially after being cooped up for so long. Chores may seem boring to do, but you don't have to make it that way! With some good music, you'll be able to enjoy yourself while you tidy up the house. Here are some songs to add to that cleaning-up-playlist... that you might've not touched in a little while!

"NO BULLETS SPENT" BY SPOON

In 1993, Britt Daniel and Jim Eno formed the indie rock band Spoon in Austin, Texas. Last year, the band released "No Bullets Spent," which was written in 2018. While the lyrics are about fighting an oppressive master, the tune is upbeat and catchy, so you can find a rhythm for sweeping the floors or dusting the fan.

"IT GETS BETTER" BY REX ORANGE COUNTY

English indie-pop singer Alexander O'Connor launched his career as Rex Orange County in 2016. Three years later, he released his third album, Pony. In "It Gets Better," O'Connor sings about his girlfriend of four years, who helped him make his life better. The peppy tune compliments O'Connor's elated mood, so the beat will help your progress - and you can dance to it while cleaning!

Hannah Hooper, Christian Zucconi, Sean Gadd, Andrew Wessen, and Ryan Rabin formed the LA rock band Grouplove in 2009. Over ten years later, they released an album called Healer. The first track, "Deleter," is about the band's concern about our world leaders. This Healer track is another rock tune to boost your energy as you clean. The passion behind the Hooper and Zucconi's voices compliment the energy of the instruments, so you'll want to get active with the beat.

Five years after Currents came out, one-man-band Tame Impala released The Slow Rush on Valentine's Day this year. "It Might Be Time" is a track about the passage of time and its effect on a relationship. Despite the album's title, this track makes you like you're zooming through outer space. The electric sounds take you out of this world, and soon, you won't remember the dread you had for chores.

"DOG DAYS ARE OVER" BY FLORENCE + THE MACHINE

The English band Florence + the Machine released their album Lungs in 2009. "Dog Days Are Over" is the most iconic song from this album, and it's because of the uplifting message behind it. Lead singer Florence Welch sings about the need to leave your comfort zone to seize the day. Although the song has some slower parts, the claps give it some pep to clean.

"DAPHNE BLUE" BY THE BAND CAMINO

The Band CAMINO's new album tryhard came out in 2019. The third track, "Daphne Blue," sounds like you're in a coming-of-age movie. "Daphne Blue" is about longing for an ex and being reminded of them. Even though the story behind the song is sad, the melody is guitar-heavy. The harsh sounds in "Daphne Blue" wakes you up and gets you going. Tidying up to this will definitely get you through some of the tougher parts of tidying up.