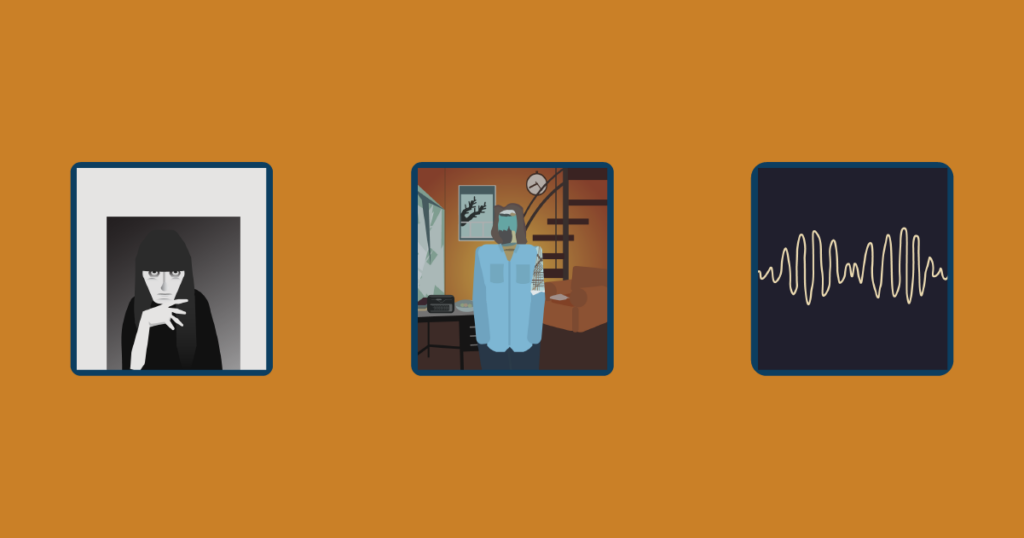 Arctic Monkeys, Florence + The Machine, and Hozier saw wild amounts of success in the indie-rock & alternative scene that many thought only happened in pop. The music that took over the indie, alternative, and rock scene a few years ago is a form of nostalgia that sticks. Those scenes were booming in 2013-2015, an era that feels unlike any other.

The genre continues to gather and maintain a huge following of listeners. There are so many more different bands, artists, and outlets to listen to the music of one's choice. It's become easier for these artists to get their music out there to the world. This shows how the genre is continuing to live on.

There were so many groups that seemed to be at their prime in the early 2010s. Audiences who hadn't been fans of the genre began listening as they discovered more artists. Yet, the 2013-2015 era doesn't mark the life of those artists as many are all still making music.

Arctic Monkeys weren't new to fame when their 2013 album, AM, was released. The British band had been performing together since 2002 and had already released four albums prior to AM but the 2013 record is what seemed to put the band onto a lot more people's radars. Fronted by Alex Turner, whose distinctive voice has always struck listeners, the band's album continued rising in popularity. They had massive success on the charts too and witness their American breakthrough. The album sold $3.5 million copies worldwide all while still at an independent record label. They also managed to end up on multiple "best album's of the year" lists.

In 2018, they released their long-awaited sixth studio album Tranquility Base Hotel & Casino. They randomly announced that they'd be dropping the album and didn't even bother with any singles or promotion. Listeners admired how the band didn't try to make Tranquility Base a follow up to AM to please the fans they gained from the 2013 album. Fans love how Tranquility Base feels like something out of a slow-burn sci-fi movie with Turner's eery vocals and lyrics about space and love. Tracks like "Four Out of Five," "Science Fiction" continues to prove the songwriting and production talents. This perfectly affects the album's cohesion and remind fans why they fell in love with them to begin with. The album added to their success with the immense amount of praise received from critics. To make matters better, they also snagged a Best Alternative Music Album Grammy nomination.

In 2015, the British indie-rock band Florence and the Machine released their third album How Big, How Blue, How Beautiful after taking a year-long break. Just like the rest of their discography, fans immediately fell in love with the album and its emotion. Florence Welch, the group's frontwoman, went through what she called a breakdown that allowed her to put every intense feeling and sensation into the songs. With singles like "Ship to Wreck", the record had a lot of success. It was the band's third consecutive number one album and also gained them five Grammy nominations.

High as Hope, released in 2018, is their most recent album. Florence's aura and spirit were all over the record as she executively produced it herself. The album is very honest as intensely sings about common themes of loneliness, vulnerability, and nostalgia. Her vocals continue to intoxicate and entrance all that listened. The album debuted at number two both in the UK and the US, their first to not debut at number one. Critics loved the album and gave Florence much praise as usual. It even received a perfect score by famous British music critic Neil McCormick. It's safe to say that Florence + The Machine aren't going anywhere soon as they only continue to get better.

"Take Me To Church" was the hit single from Hozier's 2013 self-titled debut album. Listeners couldn't go a day without hearing the song but it never got old. The Irish singer quickly began gaining an audience as his debut was a strong, soulful, sensual one. He stood out from other alternative artists at the time as he also incorporated soul, R&B, and gospel music into his work. The tracks that heavily include rock also had acoustic and ballad elements. Audiences loved how his lyrics bled with emotion as he touched on issues such as domestic violence, sex, love, and death. Not only did "Take Me To Church" gain a Song of the Year Grammy nomination but showed the effect that a successful single can have on an artist's breakthrough.

After five years without new music, Hozier finally released his sophomore album Wasteland, Baby! on March 1, 2019. The album scored its NO. 1 spot, surprising the singer who didn't see it coming. Despite only being out for two weeks, it has already gathered much acclaim from both fans and critics who adore the continuation of Hozier's artistry. More than half of the American leg of his upcoming 2019 tour is sold out which adds to his victories.

All three groups show how to grow as artists after gaining recognition, popularity, and success. Remaining patient with their music, they built onto the skills, talents, and successes they already possessed. Arctic Monkeys, Florence + The Machine, and Hozier didn't allow popularity to spin and twist them away from their creative control. They've proven to continue making the music that reeled in their support in the first place and show how the indie-rock and alternative genre can and will live on.