In their two decades of touring and recording, Arctic Monkeys have established themselves as a mainstay of modern indie rock. Their ever-growing set of influences make each of their six albums different from the last. This eclectic sound plus frontman Alex Turner's poetic lyrics has led the band on a steady journey to success.

The start of Arctic Monkeys

In 2001, vocalist Alex Turner and guitarist Jamie Cook debuted their music career in Sheffield, England, after they got guitars for Christmas. The following year, fellow Stocksbridge High School students Andy Nicholson and Matt Helders tagged along as bassist and drummer for the band. In 2003, Arctic Monkeys hosted local shows and performed demo recordings, which grew their fanbase. The band even got recognition from BBC Radio due to their early fame. They signed a deal with Domino Records in 2005 and released two singles. "I Bet You Look Good on the Dance Floor" and "When the Sun Goes Down" both topped UK music charts.

Arctic Monkeys' first album Whatever People Say I Am, I Am Not was also a show-stopper. Released in 2006, it sold over 360,000 copies in the first week, making it the fastest sold debut album in UK history in 2006. The band also sold 34,000 copies in the US, so they decided to take their act across the pond. After releasing the EP Who the F--- Are the Arctic Monkeys? later that year, they went on tour. On tour, Nick O'Malley replaced Nicholson, who dropped out of the band that June. O'Malley then became a permanent member of the band and the official bass player. From then onward, the rock band's success kept growing.

From Favourite Worst Nightmare to Suck It and See

After their first album won the Best British Breakthrough and Best New Band at the Brit Awards, Arctic Monkeys released Favourite Worst Nightmare in 2007. The album had a mix of edgy punk songs and relaxed garage rock jams. It also explored romantic themes in a youthful angsty manner. For instance, "If You Were There, Beware" revealed the effects of media attention for a celebrity's significant other. Some other songs have different themes. "Fluorescent Adolescent," one of the most popular tracks, talked about aging and how it makes life more boring. The album managed to sell over 225,000 copies, and every song got in the Top 200 of UK singles charts.  Despite Turner's claims of not changing "that much," critics noted the band's improvement from the first album.

In 2008, Arctic Monkeys began recording tracks for their new album Humbug in the US Before releasing it in 2009, their lead single "Crying Lightning" topped the UK indie charts. Even though Humbug went platinum, it wasn't as impactful. It had no top 10 pop hits and sold 320,000 copies by 2013. However, one critic said the band expanded their range and made people curious about what's next.

The band released their fourth album Suck it and See on Soundcloud in May 2011. Within the first week of its release, the album got over 100,000 streams. The UK loved this release so much that it knocked Lady Gaga's Born This Way off the top of the charts. On this album, Alex Turner showcased his lyrical talent "through curly straws and metaphors and goo," and said that Johnny Cash's lyrics influenced Suck It and See. The band also cited Western films as inspiration for songs like "Black Treacle." Each song on Suck It and See presented the themes of love, sex, and heartbreak with a nice vintage sound. The album won an award for Best Album of 2011 from Mojo, an English music magazine.

AM, Tranquility Base Hotel & Casino, and onward

During the Suck It and See tour, the band recorded their fifth album and released the single "R U Mine?" in February 2012. The high-ranking single on the UK charts hinted at the new Arctic Monkeys sound with hip-hop and R&B influences. Alex Turner even mentioned the format of his lyrics in "R U Mine?" was similar to Drake and Lil Wayne's style. Arctic Monkeys released AM in September 2013, and some of its tracks are the band's most streamed on Spotify. The album's sound mixed elements of Dr. Dre and Ike Turner and rose up to number six on the Billboard 200. Like previous albums, AM received plenty of acclaim; seven magazines ranked it in the top five of their Best Albums of 2013.

Arctic Monkeys released their sixth album, Tranquility Base Hotel & Casino, in 2018, after a lengthy hiatus following the AM tour. Once again, the band expanded its horizons in genre as the album incorporated sound from psychedelic, lounge, and space music. "Golden Trunks," for example, had a psychedelic rock sound and showcased the diversity in themes. Turner correlated politicians and wrestlers "wearing tight, golden trunks," to highlight the performative aspect of politics, and he slyly confessed his desire for a love interest. Tranquility Base Hotel & Casino became the UK's fastest-selling vinyl record within the last 25 years. It also helped the Arctic Monkeys become the second most-nominated act for the Mercury Prize. Despite critics and audiences' mixed feelings, the band received two Grammy nominations for this unique album. Read our review of the album here.

Later in 2018, Arctic Monkeys released their title track as a single along with a B-side called "Anyways." This song continues to discuss Turner's issues with modernity while channeling psychedelic lounge music from back in the day. During their Tranquility Base Hotel & Casino tour that year, the band recorded a live album comprised of songs from each album. Live at the Royal Albert Hall was released in December 2020. 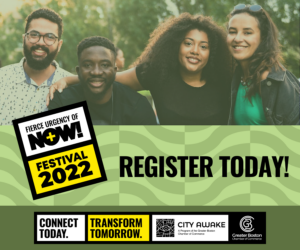