Just thinking about having to wake up on Monday morning to get back into the chaos of the workweek always ends in Sunday night dread. That night, however, everybody looked blissfully carefree and eager for Dermot Kennedy's sold-out concert to start. The Irish singer-songwriter is currently touring in support of his debut album, entitled Without Fear.

I've been to my fair share of shows, but I've never seen the House of Blues this packed before. Not only was the venue overflowing with fans, but they were also beyond ready for Kennedy to take the stage. In fact, when his stage crew was simply setting up the instruments, they received quite a few screeching cheers by some fans who couldn't suppress their excitement any longer.

Kennedy kicked off the show at 9 o'clock

Hip-hop sounds filled the venue as he and his band walked onto the stage and started playing "An Evening I Will Not Forget." His effortlessly stunning voice entranced nearly everyone to silence. However, as the song began to build, everybody joined Kennedy in whole-heartedly belting out the lyrics. White lights shone on him from below as the drums got louder and fans passionately screamed, "What's important is this evening I will not forget." Coincidentally, these words perfectly sum up the feeling surrounding this night.

For instance, the second the piano started playing "What Have I Done," the crowd began emphatically singing along. The drums built up toward the end of the track, and the fans sang even louder and more passionately. As Kennedy finished singing, he took a deep breath and looked out to the crowd, seemingly amazed by their enthusiasm. Throughout the night, he continued to highlight his authentic gratefulness and love for music when he spoke to the audience between songs.

"Glory" started off with red and orange lights flashing from the stage as tribal-sounding drums banged. Kennedy quickly transitioned the song back into the regular acoustic sound as a single spotlight beamed down on him. When the chorus kicked in, almost everyone started dancing and jumping around with their arms in the air. Flashing lights illuminated the crowd, and you could tell that everyone genuinely felt something as they screamed the lyrics back to Kennedy. Somehow, he managed to make this performance even more astounding by adding a drop filled with emotionally-charged instrumentation. I thought that this moment had to be the absolute highlight of the show, but as he continued performing, he repeatedly proved me wrong.

The way Kennedy conveys emotion with his voice and delivers lines commands the attention of the room. This was most evident while he performed his hit song "Power Over Me." From the fans standing at the barricade to the people by the bar in the back, everyone danced, jumped, and threw their hands up to the beat of the song. The lights came down during the bridge to draw everyone's focus to the power radiating from his voice. This section of the song was so striking and raw, it made me stop writing the note I was taking for this article to fully enjoy and take in the moment. When the last chorus rolled around, everyone bellowed out all of the words. It was stunning to see that many people show how they felt completely connected to every lyric. The pure bond between Kennedy, his lyrics, and his fans is a true rarity.

Before singing his song "Boston," Kennedy took some time to express how much he truly cares for the city. He told the audience about his time busking in Copley Square, Boston Common, Harvard, and Newbury Street one summer. He said, "To be at that age, to be nineteen-it's such a formative age-and to be able to come here and feel so welcomed. And genuinely, I'm not just saying this, there's such a warm vibe in this city. It feels like a very kind place, and it was very very beautiful to be here for that special time. This song was the result of that time."

As he started playing "Boston," couples and friends wrapped their arms around each other's shoulders and swayed to the beat. This calmness didn't last long, however. The energy ramped up as Kennedy sang the bridge. Everybody collectively screamed the word "Boston" as it was sung for the first time. After the song ended, the crowd wildly cheered. It felt like at this moment, everyone understood each other and was close. Needless to say, his performance of "Boston," and the entire show, was utterly beautiful and captivating. 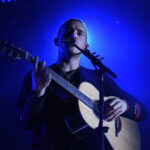 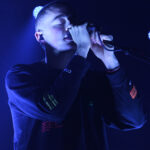 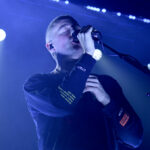 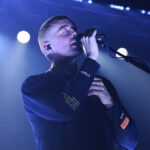 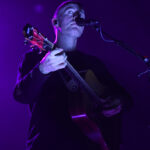 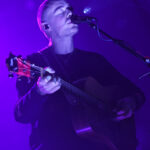 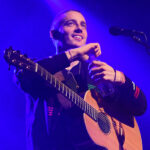 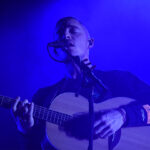 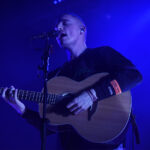 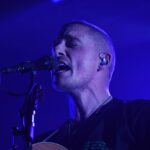 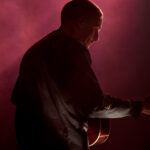