What to Wear to a Concert in the Winter 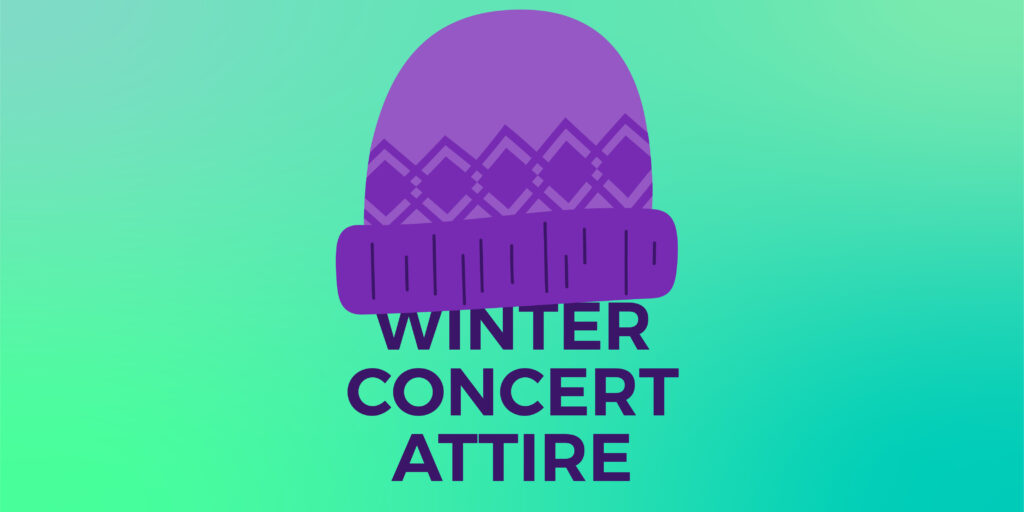 Just a few weeks ago, I was getting ready for the Dermot Kennedy concert at the Royale (check out my concert review here, and my exclusive interview with Dermot here). After giving myself foot-long eyeliner wings and struggling with my hair for an hour, it was finally time to pick an outfit.

I've only ever gone to concerts in the summer before, so I was hardcore struggling to figure out what to wear since it was a bit chilly outside. The Royale is standing room only for the most part, as are most venues, and I didn't want to have to struggle with holding a jacket or fumbling with a scarf. After much struggle, I finally settled on an ensemble that I thought would be warm, but also functional. I actually surprised myself when I stepped outside: I truly wasn't cold at all!

It was in this moment that I realized I stumbled upon concert-goer gold.

As the weather gets colder and colder, it's important to stay bundled up when walking to a venue, but you don't want to die of heat or have to carry a bunch of clothes around when you get there. The following tips will help you not only stay nice and cozy but will also keep you from having to juggle all that bulky winter wear when all you're trying to do is watch your favorite artists perform live.

Wear layers that can be easily carried/tied around the waist

For the Dermot Kennedy concert, I wore a long sleeve shirt and a cozy flannel over it. Having layers kept the chilly breeze out, and I was able to keep from being cold while waiting in line. When I got into the warm building, however, I simply took the flannel off and wrapped it around my waist. Layers are fashionable and functional. You can also do this with sweatshirt; wear a hoodie to the venue, then wrap it around your waist (or your shoulders, if you're feeling like a prep school boy) if you get warm. Hoodies are a great option as well, as they'll also provide some warmth for your ears and head. Whatever combination you choose, just make sure you don't put on too many layers-you don't want to be sweating while you're trying to enjoy a concert.

Wear a light jacket if it's really cold

Some nights it's just so bitter cold that you can't avoid your inevitable fate of having to wear some sort of jacket. I would layer up as I said previously, and then put on a light jacket. Something like a jean jacket, a bomber jacket, or a light windbreaker would suffice. This way, you won't have to bring a bulky winter coat to the venue with you and carry it around, or having to worry about beer getting spilled on it while it's sitting forgotten on the floor. Holding a light jacket is also a lot easier than having to lug around something heavy and clunky.

If you're in need of a light jacket, chances are it's so cold out that you might need winter accessories as well. If you're not bringing a purse on don't have pockets to put them in, there's still a way to stow them away during the concert: stuff them in a jacket sleeve! They'll be so bulky that they won't slip out of the sleeve, and you won't have to worry about keeping track of them while you're jamming out. You can also put them in the hood of a jacket, but that's a risky move; they can easily spill out, and then you'll be sad because you've lost the zebra hat your grandmother knitted you for Christmas last year.

This might seem like common sense, but then I see people rolling up to winter concerts in dresses, skirts, and shorts. Yes, even shorts. This is a national PSA for all of these people who obviously forgot what winter is: pants are the way to go. I suggest jeans, as they're the best type of pant to cut the wind. Better yet, wear thermals under your jeans to keep your calves from getting cold. If you're really averse to wearing jeans, leggings and sweatpants are also an okay option, but they won't keep the cold out for long. If you're dead set on wearing a skirt or a dress, try and wear tights to give yourself some protection. And for Pete's sake, put those shorts back in the drawer until summer rolls around again.

I don't know about you, but my feet get cold easily. If my feet are cold, chances are it doesn't matter how many layers I have on-I will be a popsicle in .5 seconds flat. Now, I'm not saying you have to wear winter boots, but low tops might also not be the best idea. Go for something in between. I usually wear high-tops or combat boots. I also have a pair of Timberland work boots that I like to wear ironically because I don't do manual labor, but man, do I love myself a warm boot. Timberlands are also waterproof, so they're great to wear when there's a flurry out. Gauge what the weather is going to be like, and choose an appropriate shoe for the circumstances.

Wear Your Heart on Your Sleeve

How to Enjoy an Online Concert