The Evolution of the Concept Album 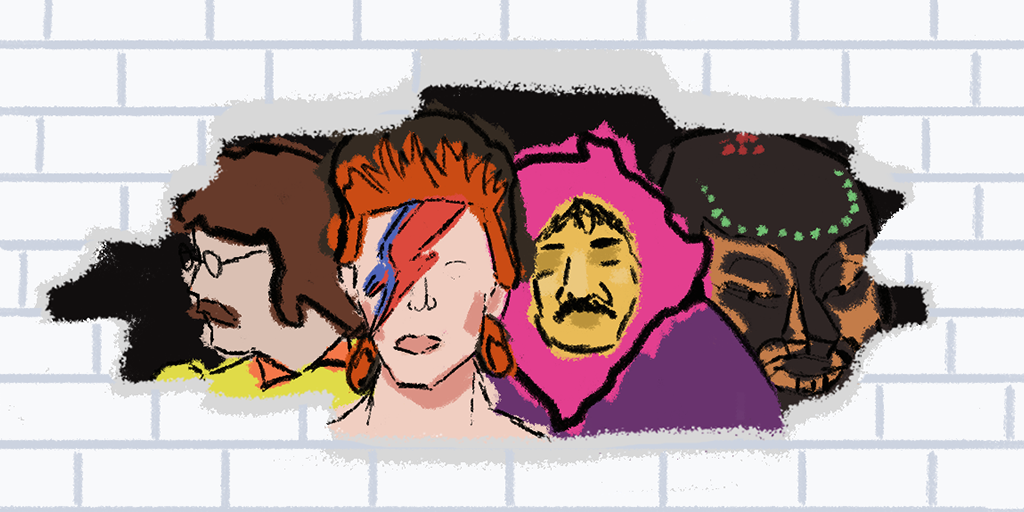 The genesis of the concept album harkens all the way back to 1966, a tumultuous time of civil unrest that went on to become the inspiration for several pivotal albums in music's history.

Officially, the Merriam-Webster Dictionary defines the concept album as "a collection of songs about a specific theme or story."  The first-ever concept album is The Mother of Invention's Freak Out!. Frontman Frank Zappa wrote the album as a satire, criticizing everything from the American school system to pop-culture at the time. In his memoir The Real Frank Zappa Book, Zappa said, "It wasn't as if we had a hit single and we needed to build some filler around it. Each tune had a function within an overall satirical concept."

It was Freak Out! that informed the concept albums of the forthcoming decades.

Paul McCartney cited Freak Out! as a major inspiration when creating The Beatles' Sgt. Pepper's Lonely Hearts Club Band, arguably the most popular concept album of the sixties and beyond. When writing and recording Sgt. Pepper, the members of The Beatles created alternate personas for themselves to break out of their creative rut. In an interview with Rolling Stone, McCartney said he asked his bandmates, "Why don't we just make up some incredible alter egos and think, "Now how would he sing it? How would he approach this track?" And it freed us. It was a very liberating thing to do."

This creation of character-like personas in Sgt. Pepper expanded on the concept album format introduced by Freak Out.

While Sgt. Pepper was unified by themes such as the effects of psychedelics and the critiques of religion and popular culture of the time (like its predecessor), its execution was through the stories of these characters the bandmembers had created-through which they felt free enough to grapple with these themes in the first place.

In 1972, David Bowie released The Rise and Fall of Ziggy Stardust and the Spiders from Mars, in which Bowie tells listeners of the young alien and aspiring musician Ziggy Stardust that travels to a ravaged Earth. Throughout the album, Bowie narrates the rise and fall of Ziggy's music career on Earth, and how through music, Ziggy tries to bring messages of love, peace, and unity to the struggling humans-something Bowie often tried to do in his work as an artist.

Later in the 70s, Pink Floyd's 1979 rock-opera The Wall chronicles the life of Pink, a character based upon Pink Floyd's own Syd Barrett and Roger Waters. Throughout the course of the album, Pink becomes a Rockstar, gets tangled up in drugs and groupies, and eventually "builds" his own walls, isolating himself from the world. All in all, the album tells of a harrowing story of a man who can never seem to shake his demons off of his back. Comparing Ziggy Stardust and The Wall with Sgt. Pepper, it is easy to see the progression of the concept album towards a clearer story-telling format, in which one can dissect the events of their life from a distance through characters resembling oneself.

The use of the concept album as a platform for sharing artists' life experiences through characters, flash-fiction-like stories, and rock-operas continued throughout the 80s.

Perhaps one of the best known and most popular concept albums of the 80s was Styx's Kilroy Was Here. Combining the dystopian background of Ziggy Stardust with a character like Pink from The Wall, Kilroy tells of a future where rock music is outlawed by a fascist government. Protagonists Robert Orin Charles Kilroy (modeled after Styx's Dennis DeYoung) and Jonathan Chance (modeled after Styx's Tommy Shaw) then undertake a mission to bring rock music back to the world.

This flash-fiction, rock opera format endured through the 90s and 2000s. In 2004, Green Day released American Idiot, the story of Jesus of Suburbia and his battle between sentiments of love and anger for society. This album was heavily inspired by the war in Iraq and George Bush's presidency. Two years later, My Chemical Romance (MCR) put out The Black Parade, aka the unofficial emo-kid anthem. The album follows the struggles of several anonymous characters (Patient, Fear, Regret, Mother War) as they wander through life and beyond to the afterlife, guided by the Black Parade and the members of MCR.

And then… not much at all. After the early 2000s, it's hard to see where the lineage of concept albums continues.

That's not to say there haven't been concept albums at all in recent years. For example, Halsey released her album Badlands, the title being a metaphor for Halsey's own mindset while creating the album. However, unlike its predecessors, Badlands doesn't follow one central character, nor a clear, specific set of themes or ideas. It seems that, in recent years, the art of the concept album has died… Or, has it just evolved again?

The art of telling a story through music has become much less rigid than in previous eras of music history. Whereas early concept albums were focused on telling the stories of fictional characters, today they center around a more personal mode of storytelling. As in Badlands, Halsey gives listeners insight into her thoughts at a specific time, placing herself directly in the narrative.

Take Adele's 25, for another instance. The album is a collection of songs that encapsulates Adele's life experiences throughout her being the age of 25. There are no dystopian lands or  Rockstar adventures in this album. But, we are still following the "character" of Adele as she journeys through an obvious turning point in her life. We come to understand who she is not only as an artist but as a human being.

Today, however, concept albums are snapshots of a real life that listeners directly relate to. There's no wading through the extravagant plotlines and characters. It's not that the concept albums of yesterday have become outdated or are bad in any way; I'll still scream "Mr. Roboto" at the top of my lungs like the 80s baby wannabe I am. However, concept albums in their latest evolution have become more stripped-down and personal. Listening to them is like reading into an artist's journal, rather than wading into a novella.