When Vampire Weekend took the stage at Agganis Arena this past Tuesday night, it felt like an eternity passed since they were in Boston. After the release of their album Modern Vampires of the City six years ago, Vampire Weekend went on a six-year hiatus until they released their long-awaited record Father of the Bride this past May. The band hadn't played in Boston since their appearance at the Boston Calling music festival in 2013. Six years later, under a massive spinning globe, the band made their triumphant return to Boston, one that absolutely did not disappoint.

At 8:45, the band that everyone had been waiting for took the stage.

Expanded to a 7-piece group, Vampire Weekend showed just how much they have grown as a band since their beginnings almost 11 years ago. Fittingly, the show started with "Ladies of Cambridge," and within seconds, die-hard Vampire Weekend fans began shouting along with every lyric and danced the whole night through. Lead singer Ezra Koenig acknowledged the years Bostonians have been waiting to see them again, and thanked them for surviving the wait. From there it was a show that gave fans everything they wanted. New tracks like "This Life" and "Sympathy" had the audience grooving along, just as classic songs like "A-Punk" and "Oxford Comma" did. The band's set encapsulated their past and present in a way that left fans of all ages thrilled all night.

The show also gave the band the opportunity to reinvent their songs.

Take for example "Sunflower," a song that is only a quick two minutes on the album. But when Vampire Weekend played it live, it became an eight-minute jam session that led into an incredible guitar solo by Brian Robert Jones. Older tracks, like fan-favorite "Diplomat's Son," included new solos, breakdowns, and even snippets of covers in-between verses. Songs that fans knew and loved became brand new over the course of the night.

Vampire Weekend played more than just their own songs.

The band included two covers in their set that became arena-wide sing alongs. Bassist Chris Baio sung his solo track, "Sister of Pearl", which he dedicated to former Boston University hockey coach David Quinn. Later in the night, Koenig performed his spin on Crowded House's classic "Don't Dream It's Over," and nearly everyone joined in on the track's classic chorus. It was a moment that celebrated the other projects from Vampire Weekend, as well as their own musical inspirations.

After performing for well over an hour, it was time for the encore.

Most bands would call it a night after playing so long, but Vampire Weekend was just getting started. After starting off their encore with "Big Blue," the band took fan requests from the crowd to determine what they would play next. Selections ranged from hits like "Giving Up The Gun" from their 2010 album Contra, to "Arrows," a Vampire Weekend b-side that even Koenig himself had to admit onstage was a deep cut of theirs. It was a moment that let the band give back to those that support them most. The night ended with "Ya Hey" before breaking into "Walcott," the band's Cape Cod-themed song that had fans jumping and screaming to the music. Vampire Weekend may have taken years to return to Boston, but Tuesday's show proved that patience pays off.

Kicking off the show was opening act Christone "Kingfish" Ingram.

Ingram's set shifted from explosive rock & roll to sections of funk, reggae, and even a brief cover of Lil Nas X's "Old Town Road." Though there was just a three-piece band backing him, Ingram's set felt like a group three times the size, playing mind-blowing guitar solos and extended jams that kept the audience wanting even more with every song. Ingram ended his set with a cover of "Hey Joe" by The Levees that stopped the show, and garnered a rave response from the audience. It was an incredible display of musicianship that signaled great things to come. You can check out photos and a recap from "Kingfish's" WERS Live Mix here. 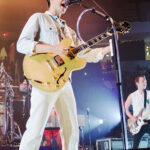 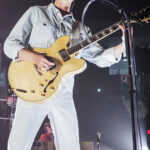 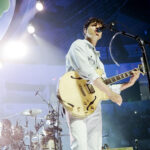 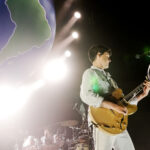 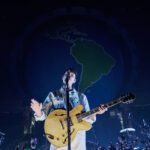 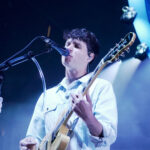 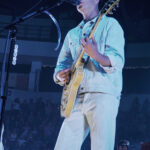 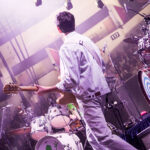 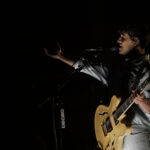 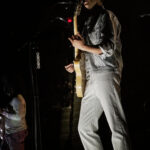