There was a distinct atmosphere that pervaded Agganis Arena from the moment I arrived to when I finally settled in my seat. It was a different kind of excitement, the kind that comes with meeting up with an old friend for the first time in years. Just as expected, The National was met with open arms and roaring applause from new and old fans alike. This was the second to last date on the North American leg of their tour, promoting their 2019 album I Am Easy To Find.

"Boston, you're the best. That's why they call it-Boston." Berninger jokes halfway through the set. "That's not gonna catch on."

By nine, the lights dimmed and a screen onstage flashed "please standby," while the opening tune of "A Great Night for Crying" by Johnny Mathis drowned out the chatter and buzz of the crowd.

White light enveloped the stage. The band walked out shortly after, opening with "You Had Your Soul With You," the lead single from I Am Easy To Find. Berninger had a certain presence that made for quite a few eccentric and effective moments, looming over the crowd and holding the mic with a kind of passion you don't see very often.

Their live rendition of "The Pull Of You" was one of many powerful moments throughout their nearly two-and-a-half-hour set. It started off mellow, as Berninger harmonized with singers Eve Owen, Nina Timble, and Kate Stables, yet quickly escalated into hasty spoken word and thunderous yelling. Berninger even took off his blazer.

Berninger is an incredible showman who truly knows how to empathize with his audience.

Almost halfway through, Berninger and the band stopped for a moment to lament the loss of their old professor at the University of Cincinnati, saying that he was one of the band's biggest inspirations and left a huge impact on them. "This is for teachers," Berninger exclaimed. "Bloodbuzz Ohio" came right after, making for an intensely poignant performance.

There were numerous highlights, many of which involved Berninger's amusing antics. He walked amongst the crowd on the floor (four times!) and even up some of the aisles. During "This Is The Last Time," he threw his water bottle up in the air and attempted to bounce it off his back. He confusingly bonked his mic against his head at some point. He was undoubtedly the life of the show and created some hilarious moments.

Many tracks within their setlist stood out as well. The crowd was riled up during "Day I Die," an energetic single off their 2017 album Sleep Well Beast. The song's recognizable guitar riff and explosive percussion made way for an unforgettable live performance that even led to Berninger crowd surfing.

The band wasn't afraid to dish out political commentary.

Before their 2007 track "Fake Empire," Berninger mentioned how their last tour date was in Guadalajara, Mexico. He followed up by saying that "both of our countries are run by criminals a little bit." Earlier than this, he additionally brought up the 1973 court case Roe v. Wade right before "I Need My Girl."

The show ended on a powerful (and acoustic) note with "Vanderlyle Crybaby Geeks."

The band's encore consisted of four songs, ending on "Vanderlyle Crybaby Geeks." Berninger belted out, "All the very best of us/String ourselves up for love," the audience sang along. It felt as if a community had been formed within a two-hour set, and even as a new fan myself, I felt a strong sense of unity.

By the time I had left, it finally sunk in for me how enormous of a show it was. From the brilliant stage set-up and unpredictable lighting to the band itself, I was amazed. There was an obvious level of care and consideration packed into this performance that culminated in a surprisingly unforgettable show. Personally, I can't stop thinking about the trumpets at the end of "Fake Empire." It was genuinely a phenomenal show. 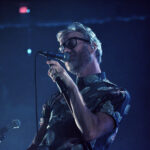 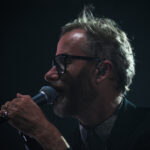 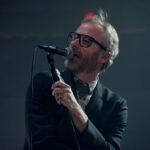 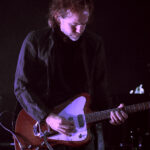 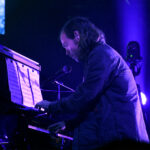 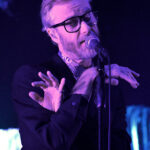 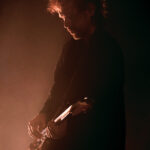 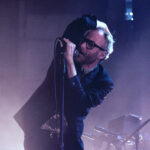 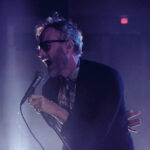 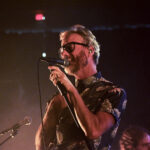 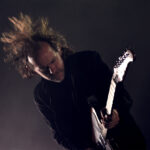 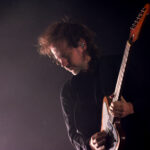